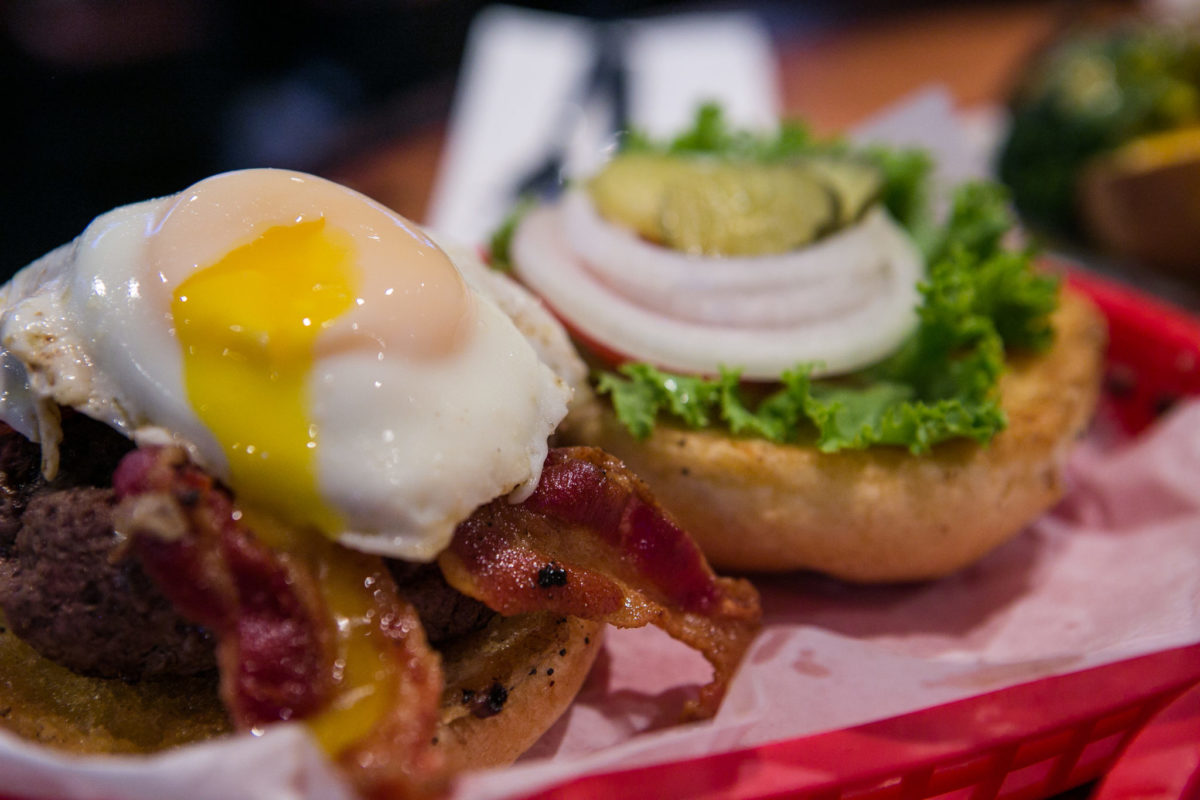 “If cameraman Korey (@KoreyDavisPhotography) doesn’t shoot it, I won’t eat it.”  Living in Miami, we have some of the most attractive bars one could find—beautiful women, sun, and craft cocktails to die for.  So tell me why I found myself missing Cutter’s Bar & Grill as I sat at the Clevelander on South Beach watching my Miami Dolphins lose?

The Clevelander sits on the famous Ocean Drive in Miami Beach, and with views of the ocean steps away and the tropical breeze, it’s a vacationer’s paradise.  As I sipped at my Mojito and watching sorry ass Ryan Tannehill try to throw the football, my mind wondered to happier times when I was on my Detroit food tour.  Yes, Detroit (I hate when people talk s#%! about this wonderful city). Detroit is amazing.

One of my first stops was Cutter’s Bar and Grill.  In a previous article I referred to a different spot as the “Black Cheers.” Cutters, however, just jumped to the top of the list and have earned the throne as Detroit’s Black Cheers!

It’s located in an unassuming part of town referred to as the Eastern Market by the locals; and actually looks like a scene from The Wiz where the large woman sang Don’t Bring Me no Bad News. Coming from Miami, this was a huge shift.  I kept asking cameraman Korey if we were in the right place, but my fraternity brother (BLUE PHI) who works in the city assured me that we were.

I opened the door and was pleasantly surprised to enter a super nostalgic northern bar.  Imagine the bars where mobsters meet to discuss their business or the bar from the show Cheers? Yeah, it looks just like that.  There was even an old school jukebox blasting tunes.  Old heads were drinking at the bar with far younger people eating on the other side at tables.  The intergenerational vibe was amazing.

The wait staff was SUPER COOL, friendly and provided the best customer service I received my entire trip.  They were knowledgeable of both the food and drink menus.  I put in a simultaneous order for various items, and the cook was so quick that he churned them all out at roughly the same time. With my table filled with food, I was able to act crazy while devouring the delicious cuisine. (I even had the unsuspecting server who was on break join in my gluttonous rampage!) She helped me calm down when I was having serious heartburn from being a complete fat ass.

For starters, let’s talk about the Loaded Baked Potato with Chicken Bites, Broccoli, and Cheese ($9.75).  This thing was remarkable.  I’m lactose intolerant, but I was not going to let the Devil stop me from enjoying what God had for me.  I stuffed this thing in my mouth right after the server blessed it for me (just kidding). It was seasoned well, the broccoli was slightly crispy the way veggies should be and the cheese was melted throughout.  Honestly, they should add bacon and sour cream to this bad boy if they really want to set it off.  It was f$#%[email protected]* delicious.

I then went for the chicken wings ($9.50); which come in sets of 6 and were very tasty.  The best description of these wings is when you go to a carnival and a large man named Randy or Clarence is hovering over a cauldron of piping hot grease as he lowers a basket of battered chicken and you sit there waiting for him to raise the metal cage from the oil in its greasy glory. Yeah, it was that type of chicken. No frills, no games, just pepper, salt, and flour.  I even went Miami style and sprayed them with ketchup and mustard!  Perfect sports bar chicken wings!

Following the wings, I had the Turkey Club Sandwich ($7.25).  This item definitely has potential, but a little on the salty side due to the deli meat.  While switching to a less salty meat would definitely improve the flavor, the bread was toasted to perfection and the textures and balance of condiments were on point.

Moving on, the Steak Bites and Fries ($14.50) were also on the salty side but great!  Each bite was cooked well, but medium or medium plus would help it maintain better texture.  I would definitely suggest that you request them medium.  The accompanying steak sauce totally transformed the bites into a more enjoyable meal; in part because it hid some of the saltiness.  The fries were old fashioned with a strong potato taste that I freaking love.

My final selection was the show stopper!  This Burger was the [email protected]%!  The Cutter’s Bacon Burger Stuffed with Cheddar Cheese W/ Fried Egg on Top ($9.50) was nothing short of divine.  Each bite was better than the previous one.  This juicy burger was cooked (medium plus) to perfection and had the perfect balance of seasoning.  The cook was some sort of burger warlock!  Detroit apparently has a bunch of burger options, and this has to be one of the best! (On my next trip back to the D, I will definitely try the others.)  I kid you not; if you’re in Detroit, stop by Cutter’s for one of their delicious burgers. I tried another, but ate it too quickly in a drunken rage after the watching the Marlins lose on my phone.

Cutter’s made a very good impression on me. The service was impressive, the food was great, and I had several drinks but honestly forgot to review them because I was having such a good time talking to the servers and other folk I didn’t know.  I do remember that the drinks were reasonably priced and the bar had a large selection of spirits, beers, and wines.

I don’t usually give ratings, but this place gets a solid 8 1/2 out of 10, based on the food quality, service, ambiance, and of course, the drinks! It puts surrounding Bars to shame with its nostalgia, friendly services, great food, and economic bar menu.  I know someone from my hometown is reading this and thinking I’m out of my mind, but you have to try Cutter’s before you come for me.  Black owned and delicious, Cutters will be my regular pass through when I visit the Motor City.