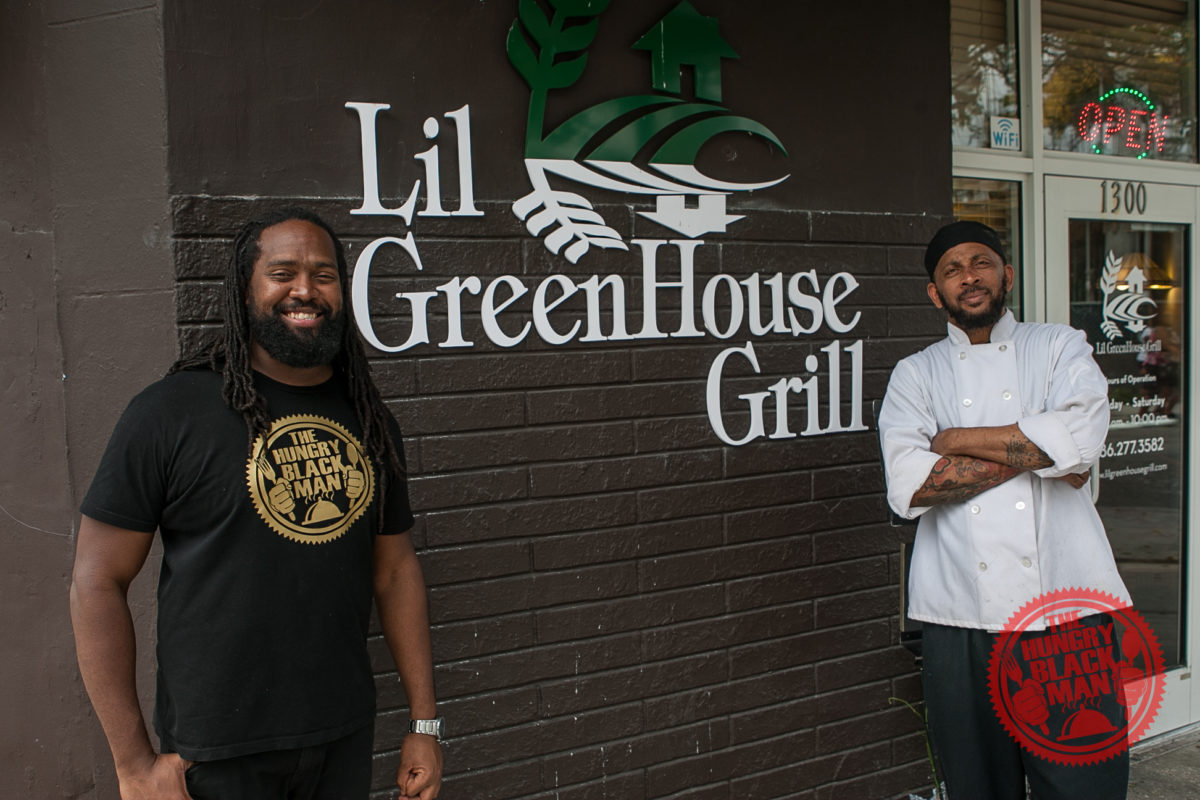 If you’re following the changes occurring in Miami’s Overtown community, it’s natural to wonder if any of its glory days will be preserved. A once vibrant, middle class African-American neighborhood with the likes of Lena Horne, Muhammad Ali and James Brown as regulars now stands an impoverished and slowly gentrifying shadow of a community.

There are efforts from City of Miami Commissioner Keon Hardemon and to some degree, developer Michael Simkins, attempting to promote positive economic development without negatively impacting current residents and businesses, however, even they can only do so much.

Little Greenhouse Grill, located at 1300 NW 3rd Ave, Miami, FL 33136, just steps away from the iconic Jackson Soul Food, is a delicious example of Simkins’ efforts to provide opportunity to locals. Opened earlier this year, the restaurant impressed the hell out of me. Chef Karim Bryant and his partner Nicole Gates, started out working in a concession stand, then a food truck and now in this modernly decorated space with a beer and wine bar, outside patio and televisions throughout the 38-seat beauty.

If Chef Karim Bryant sounds like a familiar name, it’s because he has worked the Miami food scene for over a decade with stints at landmark restaurants like Capital Grille and Prime 112.  His cuisine is a nice mix of southern comfort intersecting with a midtown hipster influence for diners expecting a bit more novelty and sophistication.

The menu is simple, economic and filling. There are daily and weekly specials that may not be on the menu so check them out when you go.  My visit started with appetizers – BBQ Smoked Chicken Wings ($7), Seafood Cakes ($7), and the incredible Dream Fire Shrimp ($5).

The BBQ Smoked Chicken Wings were the type you want all for yourself. You just might fight over the last wing if you are foolish enough to think this app can be shared. These babies were smoked to perfection and a great alternative to fried wings.  Each wing was meaty bursting with flavor underscored by the smoke and a house BBQ sauce.   Additional flavor beneath the skin showed faint hints of a house marinade. I felt like I was getting over on this restaurant only paying ($7) because where these wings can easily retail for ($12). A definite MUST HAVE!

The Seafood Cakes were really tasty – despite the presence of imitation crab meat. They were so good that if I weren’t such a food snob, I could have easily been fooled into thinking it was actual crab.  The incredible flavor highlighted by Chef Bryant’s house aioli sauce should not be overlooked. It takes the already magnificent selection to an entirely different level. I’m hoping they offer them with actual crab meat for an additional charge soon.

Last, but certainly not least of the appetizer order was the Dream Fire Shrimp ($5).  These Asian inspired Shrimps are fried to a Chinese style of crunchiness, slicked with a sticky plum based sauce emitting heat from what tasted like Sriracha or hot chili oil.  There was no shortage of flavor from this mouthwatering sweet and hot appetizer.  Again, this is another appetizer where I suggest you order two if you’re dining with a group, or the police will be called to settle the fight which will ensue from battling over the last shrimp. Don’t be disobedient!

The entrees were on deck and super filling! I ordered a little of each protein and a vegetarian option, starting with the Smoked BBQ Ribs ($16), Half BBQ Chicken ($14), and the Black Bean Burger ($19).  Balance between the grilled pork ribs and the combining of a Carolina and Memphis style sauce is what characterized the very familiar taste of these short ribs.

Imagine your favorite uncle or grandfather, the family’s self-appointed grill master, was available on call and not just for reunions. That’s what you have here, Uncle Leroy and Grandpa Otis on call. These ribs were lip-smacking and finger licking good. Each bite revealed the creator’s attention to detail in incorporating just the right amount of spice and herbal flavor, setting these ribs apart from amateur grill masters.  I had a side of collard greens and mashed potatoes that were also really tasty. Side items come in separate dishes because the entrées are large.

Next came the Black Bean Burger.  The burger was good, and is great for that annoying vegetarian or vegan friend who thinks they are so much better than the rest of us unevolved cavemen who still eat the flesh and legs of animals.

Ending our experience was the Half BBQ Chicken!  My absolute favorite! This chicken was MASSIVE !  Enough to feed two people for sure.  Apple wood smoked and then lightly glazed with a house barbecue sauce, Lord have mercy, this chicken is one of Overtown’s best. A side of buttery-garlicy toast allows you to innovate and create a mini chicken sandwich.  I ordered their Mac and Cheese with the chicken and must say that it was freaking AMAZING! BEST MAC AND CHEESE IN OVERTOWN! FLAT OUT!

Since you’ve been good and read this entire review, I will let you on a little secret. This place has the BEST BREAD PUDDING IN DADE COUNTY! Probably, the best bread pudding I have had in my life thus far. It is created by a local African-American woman that they utilize exclusively for their establishment. One day, I am going to share who this amazing woman is. I was literally licking my plate.  They are keeping their plug secret, but I might have to use some strong convincing to get the information out of them. #strongarm

Little Greenhouse Grill receives a solid 10 out of 10 and is Hungry Black Man approved. I look forward to future visits, and hopefully will see some of you around. You can check out our video review found on The Hungry Black Man’s Facebook page. You can reach them for orders or reservations by calling (786) 277-3582.