Oxtail Ravioli Has Customers Drooling at this South Florida Eatery! 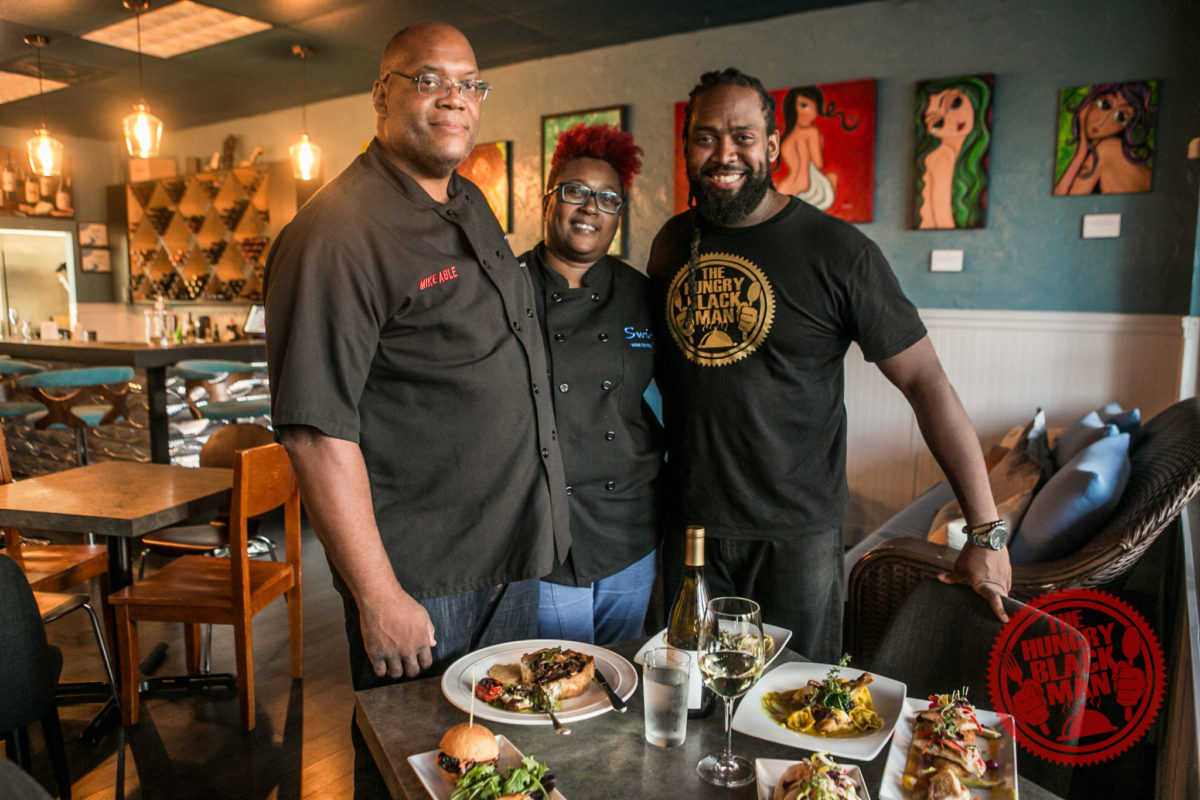 Our amazing photography is from none other than our Media Director, Mr. Korey Davis. Check him out at Korey Davis Photography @kdavisphotog

Matthew and Judith Able, the proprietor and chef, of Swirl Wine Bistro located at 1435 Lyons Rd, Coconut Creek, FL 33063 may have opened one of the state’s best restaurants. I haven’t felt this strongly about a South Florida eatery since experiencing deliciousness forged by Chef Brad Kilgore of Alter and Chefs John Gallo and Rene Reyes at Pinch Kitchen, both in Miami. What these amazing culinarians have in common is their ability to create intimate informal dining experiences supported by a vast yet carefully curated wine selection.

The epitome of a “hidden gem,” the bistro is easily lost inside the large Coconut Creek strip mall, nestled in the back of my favorite grocer, Publix. The place is adorned with beautiful local artwork, a plush couch, love seat, and cushioned bar stools like you would expect in a Parisian sidewalk café. Each course is prepared to order and delivered to the table with the same artistry as the painted canvases gracing the walls.

Chef Judith truly demonstrates her mastery in each entrée. Our journey started with her Asian inspired Chicken and Dumplings ($16.99); delectable cubes of spiced rubbed chicken breast with vegetable dumplings covered in fragrant curry sauce that was both satisfying and filling. The house made curry leaned more toward Chinese curry rather than an Indian dry curry flavor, which complimented the veggie dumplings well and packed a mild spice punch.

Next were the Pork Belly Tacos ($13.99) served with braised red cabbage and a tasty apple slaw. I would probably only order this if I’m at the bar having a couple glasses of wine because it’s more of an appetizer. The flavor was decent and both the slaw and cabbage married well. I honestly would have preferred the pork belly in something other than a flour tortilla, or maybe a more Oaxaca flavor coming through; but I can only dream.

This is where the foreplay ends. Time for the big shebang! The following dishes could easily win national and even international competitions. A true intersectionality of European culinary art and African spice, seasoning, with Caribbean/African-American soul characterizes the large plates at Swirl. Starting with the Oxtail Ravioli ($19.99), served with a light truffle brown butter and is constructed using house made pasta. You heard correct. She makes the pasta in house. The noodles were thin and bendy with a great consistency for a pronounced bite to go toe to toe with any Italian grandmother’s version. I especially liked the flavor of the oxtails, which were all meat and no fat. If you are more of a Jamaican traditionalist, you may find the oxtails not as well seasoned as expected, but nonetheless they provide an enjoyable flavor and taste with every bite. I requested the truffle brown butter on the side, because I am not a fan of the overpowering taste of truffle oils and butters.

Chef Judith’s Snapper Escoveitch ($18.99) is a show stopper. Served on top of a perfectly fried cassava cake with pickled vegetables and a savory mango drizzle illustrated the true concept of fusion. The snapper was pan fried with almost no trace of oil and pungently flavorful with hints of the mango drizzle bursting through for an ephemeral sweetness gracing the palate for a cohesion of gastronomical nirvana. The cassava cake itself was so incredibly delicious, it could honestly be eaten totally separate from the fish, but of course, that would be foolish.

In a bit of a food high, my endorphin filled brain was attempting to contemplate how the hell Chef Judith was going to top this. Well, I quickly found out as she brought out her coveted vegetarian staple, the famed Tart ($19.99), served with wild forest mushrooms and a creamy goat cheese mouse. I usually have a hard time with goat cheese, but unlike plain goat cheese, the mousse was far richer and fluffier with a much milder flavor that meshed heavenly with the house made puff pastry that was so buttery and flaky my lips began to quiver. The mushrooms were incorporated with the mousse along with fresh herbs for a lovely flavor where any meat lover could praise this vegetarian delight.

The grand finale by far was the FREAKING SLIDER! LORD FATHER GOD JESUS!! When I asked you to remove anything that is not like you, oh you weren’t playing because this slider came straight from You. I don’t think Judith made this. I don’t. I mean sure she’s a talented chef, but this slider is unearthly. The Smoked Brisket Slider ($13.99) in its marbling goodness could be touted as one of the nation’s best. It’s one of those dishes where you feel special, as if Chef made it just for you. The smokiness and sauce union is like none other.  It’s tender with a consistency of deli style roast beef; but with a taste of an 80-year-old experienced Texas pit master who lived and grilled in the Carolinas then meshed both techniques before moving to Memphis to create a superior hybrid of BBQ goodness. The sauce is a was a combination of sweet, salty, spicy, smoky and acidic! ALL OF THIS! THIS SLIDER IS LIFE. Let’s just say this. When you bite into this slider and someone tries to take a piece (you only get 2), you just might be going to jail because your natural response could very well be viciously attacking that person – point blank period.

Swirl Wine Bistro has truly made its mark on the sleepy city of Coconut Creek. I had never visited this city until dining at there and since discovering it, I have been over several times for my precious sliders and the Escoveitch Fish.

On your ride home, I predict that you will be reminiscing on the sheer artistry of this chef and her amazing cuisine. You can reach Swirl Wine Bistro at (954) 458-5407.