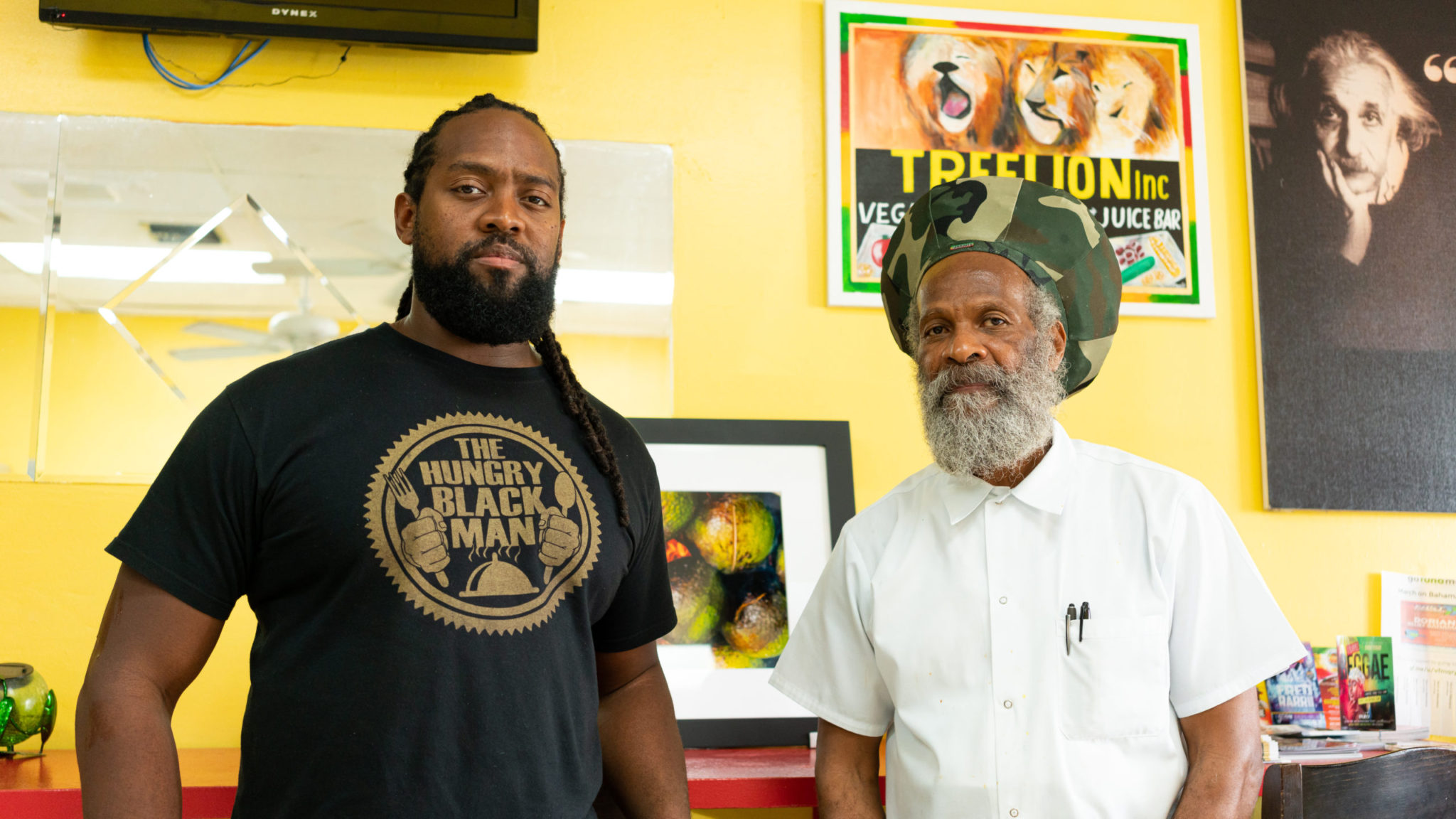 You know those days when you’re hungry, but don’t know what you want to eat? This was one of those. On top of that, I had given my life to healthy eating for a while, so none of my go-tos were an option.

I decided to get a grilled chicken salad from Lovely’s on the Go in Miami Gardens, however, as I drove down 441, the aroma of fresh baked bread filled the air. Good God almighty. Taste Rite Bakery was firing up their Jamaican hard dough bread and delicious meat filled patties in the oven.

Ain’t no damn way I was going to be able to resist this, so I did an illegal U-turn into the plaza. As the werewolf-like craving began to fester, my mouth started watering and all rational thoughts of sticking to my diet subsided. I was overcome with delight at the thought of caressing the soft, buttery and rich coco bread smashing the flaky and flavorful orange patty together with the volcanic outpour of seasoned beef, chicken, or spinach so hot that it could give your third-degree burns.

As I parked and began to exit the car, the Lord intervened. A dreaded man in all white gestured the black power fist to me and said, “Bless Brother.” I responded with the same while noticing the door he exited had the Lion of Judah along with the Ethiopian flag on it.

The food demon was beginning to rage and attempted to redirect my mind, but the spirit of Ethiopian Jesus in me resisted. I kept gazing at the Lion and looked up and saw TREELION VEGAN RESTAURANT. Thank you, Ethiopian Jesus! The food demon was smitten! I collected my pride and walked into the small eatery, where I was pleasantly welcomed by same dreaded Black man earlier, who I soon discovered was Chef Javi.

Looking at the menu, I decided to satisfy my initial patty craving by ordering one of their baked spinach and pumpkin patties ($2). The patties were delicious with a crust that was nice and buttery, and a delicate crunch at the edge with a bit of air in the middle with the filling settling at the bottom. The patty was more like a turnover, but the filling was flavorful and thankfully, diminished my craving.

Next, I went for a large plate, because I was starving. The pricing is extremely reasonable and simply broken down into $6.00 lunch box / $10.00 small plate / $12.50 large plate. On my plate, the absolute standout for me were the Veggie Prawns made from seaweed extract with a savory sweet and sour type sauce. I also had the falafel smothered in the same sauce as the veggie prawns. Although it was pan fried, it wasn’t greasy. Awesome because I absolutely hate greasy food. For my greens, I went for the calaloo and cabbage, which is available daily.

I got a plate for my friend Felecia, who shared some of her butter beans and chick pea with me and let me just say I wanted to eat everything on her plate. She got the Ackee, butter beans, rice, and veggie fish. Oh, I almost forgot that I had two juices that were absolutely delicious.

The store sells natural juices that were extremely refreshing. Some include medicinal purposes, but you would need ask Chef Javi to explain it to you because I was only drinking them for taste and forgot what he was saying. I do remember him mentioning soursop fights cancer though, so I had some of that. Oh, and they also serve a bomb oatmeal and porridge in the morning for breakfast. I’ve gotten it several times with added honey (yeah, I know honey is from bee’s so technically not vegan, but I love it as a sweetener). You can stick with straight veganism and get the agave to sweeten it, but I’m not a fan of agave. Oh, and don’t forget to ask for their soup of the day. I liked the soups because they were very tasty with very little salt.

I’m happy to share that I’ve been eating lunch here (and at Awash Ethiopian down the street) over the past two months and I feel amazing. The food is flavorful and affordable and is Hungry Black Man recommended. Visit them at 18400 NW 2nd Ave, Miami Gardens, FL 33169 or give them a call at (305) 690-7777.

You can read more on amazing eateries in your hometown and the nation by following us @thehungryblackman on Facebook and Instagram or subscribe to our blog at www.thehungryblackman.com