Have you visited Atlanta’s Largest Black Owned Restaurant? If not, its delicious! 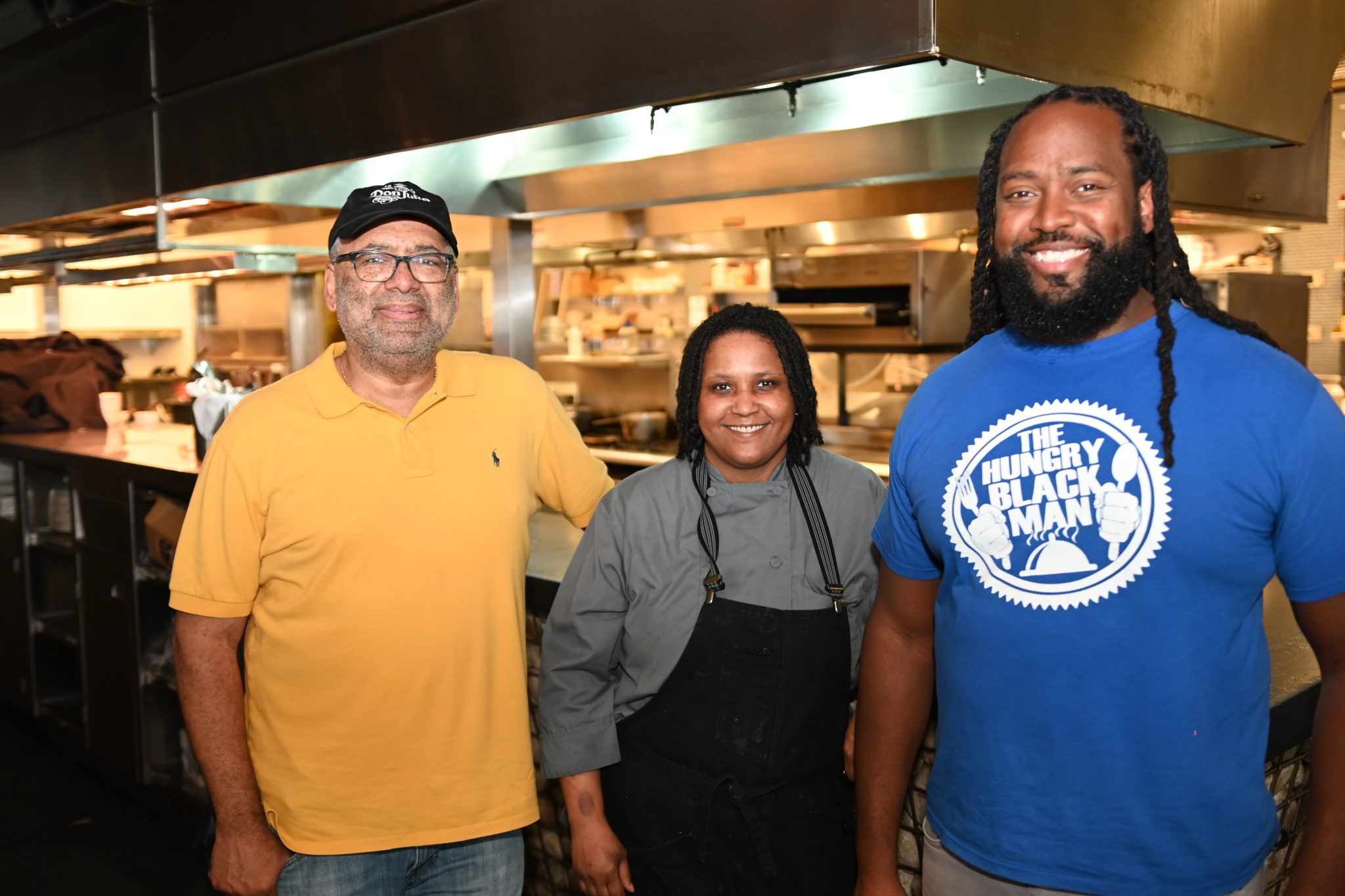 Suite Food Lounge could easily be mistaken for a swanky boutique hotel. This beautifully designed restaurant and lounge has two floors and enough space to be converted into a full movie theater to screen an episode of Donald Glover’s hit show, “Atlanta,” fitting, because this is by far Atlanta’s largest Black owned restaurant.

It is spacious enough to host socially distant dinners and happy hours with the restaurant’s two bars located on separate floors which can easily sit folks six feet apart, along with an outdoor dining area overlooking the Georgia Aquarium for the folks who just aren’t feeling eating inside quite yet. Future opportunities are in the works as our team was treated to a sneak peek of a posh Hookah lounge being built inside the restaurant as well.

The cuisine is as tasty as the venue is beautiful. It did not disappoint. I had several entrees, but the Suite Surf-N-Turf ($35) was the star for me! The dish came with perfectly grilled lamb chops, garlic spinach, rub dusted shrimp skewer, mashed potatoes garnished with roasted garlic and cherry tomatoes. The flavor was on point and the lamb’s fatty content had been flawlessly charred yielding the beloved flavor found in pasture raised lambs. The shrimp skewer was a basic rub with a hit of spice that should be eaten along with the mash potatoes for the best flavor. The skewers seemed a bit lonely and would probably benefit from a savory sauce. I preferred not to eat them together, because the lamb was too good to eat with the shrimp.

Next up was the Lobster Tail with Mac and Cheese ($30), which was prepared slightly different from what you might expect. Instead of being mixed in with the mac and cheese as is often the case, the tender perfectly golden brown fried seasoned lobster tail was served free-standing, leaving you the option of pairing it with the mac and cheese. The lobster was delicious and tender served with a side of clarified butter to smother it in. The mac and cheese was tasty with a cheese sauce that finds a home at the bottom of the bowl until you mix it all together for maximum flavor. Slicing the lobster and piling on heaps of the mac and cheese provided the best experience.

Following the lobster, we moved on to another seafood entrée, the Bourbon Salmon and Grilled Shrimp ($30) served with Garlic Mashed Potatoes, Asparagus. The flavors in the bourbon, brown sugar and maple syrup complement each other, combining a little sweet and a little heat to the glaze which sticks to the proteins while pouring over just enough to dab in the mashed potatoes. I enjoyed this plate quite a bit, ranking it second to the lamb chops.

Moving on, we took a break for brunch with their chicken and waffles ($16) served with peach compote, maple syrup, and a one of a kind vanilla cream on top of the crunchy and flavorful fried chicken. I’ve had so many chicken and waffle combinations that my head is about to explode into a Roscoe’s logo! Thankfully, these miniature versions packed a lot of flavor inclusive of the the vanilla cream sauce and its perfect merger of sweet and savory profiles, that made this combination exceptional.

I know the vegans reading this are wondering if they are invited to the party. Well, the restaurant did an honorable mention for you with the Impossible Burger ($17). Served with lettuce, tomato, red onion jam and vegan cheese, the burger was edible, but a bit underwhelming. I just would not order it if I didn’t have to. I’d like to see more thought put into the creation of really tasty vegan dishes because the rest of the food here is delicious.

Last, the whole fried snapper plate is another star that made it into my top 3 Suite Food dishes. This entree stood alone because it reminded me of my hometown, sunny Miami! Served with a savory sauce and seasoned rice that was reminiscent of a meal I had at a Bahamas resort, the fish was perfectly fried and seasoned well, but left room for the delicious sauce that added a welcome layer of flavor. I would ask for extra sauce to spoon over the fish for added value.

Suite Food Lounge, located at 375 Luckie Street, Atlanta, Georgia, 30313, is a destination restaurant that exudes excellent service and sophisticated design. The chef and management team have done an incredible job of creating a space where celebrities, professionals, and discerning guest can enjoy an amazing black dining experience. Call them at (404) 577-2500 for ordering and follow us or subscribe for our next article on Big Dave’s Cheesesteaks in Atlanta! The best cheesesteak in all the South!

I Drove From Miami to Atlanta for this Cheesesteak and will do it again!