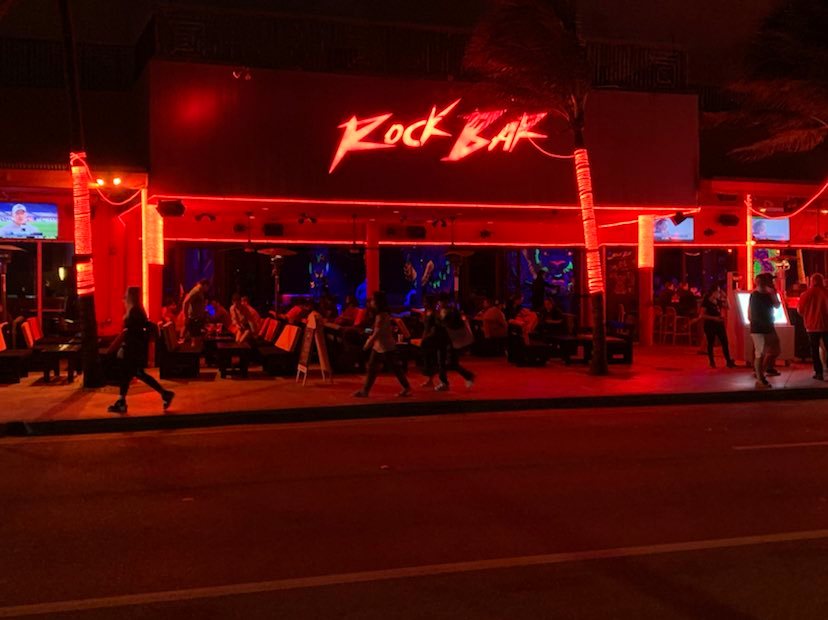 (FORT LAUDERDALE) – A Ft. Lauderdale restaurant is under fire for what appears to be racially motivated behavior regarding their credit card policy.

Joanne Melisizwe posted on Facebook recently about her experience at RockBar, a popular beachside eatery located at 219 S. Fort Lauderdale Beach Blvd. in Fort Lauderdale. In the post, she explained that she and her husband were required to provide their waitress a credit card prior to eating when they visited on Dec. 27 shortly after 10 p.m.. Assuming the request was to open a tab, Melisizwe informed the waitress they were not interested in opening a tab, to which she said the waitress responded, the practice was policy.  Melisizwe said she offered to pay cash but was told she would not be served without providing a credit card in advance.

According to her post, Melisizwe, 33, said she wasn’t bothered by the request “because we assumed a lot of people were dining and dashing,” a term used to describe the practice of customers leaving a restaurant without paying for their meal. After realizing that the request was only being made of Black customers, however, Melisizwe, a caseworker with the Department of Children and Families, told The Hungry Black Man Media in a telephone interview that she was shocked, disappointed and sad. She said she’s dined at the establishment several times before over the past seven years and had never been required to leave her credit card in advance of eating.

The Facebook comments made in response to her Dec. 28 post were mixed. Some messages indicated nothing but good service at the restaurant, while others included similar complaints regarding being required to provide a credit card in advance.

During their visit, Melisizwe, 33, said her husband confirmed with a few neighboring white diners that they were not asked to provide their credit cards before being served.

Melisizwe said she shared her concerns with the manager, whom she said responded with “OK, and what do you want me to do?” The manager, “a heavy set white man” whose name she did not obtain, was “completely non-chalant,” when she pointed out the disparate treatment.

Additionally, while she and her husband were exiting the restaurant, Melisizwe said she overheard a waiter ask a Black couple if they wanted to pay with the card on hold. She said she confirmed with the couple that they too had been required to leave a credit card with their waiter prior to being served.

The Hungry Black Man Media contacted management at RockBar, however, the manager refused to reveal his name and indicated that it was not their policy to request credit cards in advance.

The selective credit card practice is not the only racially motivated complaint expressed by RockBar customers.

Jniel Aiken, 29, said she’s had two unpleasant experiences at RockBar. About four years ago, she said her husband and a bartender argued. Although she’s not certain the incident was racist, Aiken said she’s sure an experience she and her sisters had with the restaurant in October was racially-motivated.

“We arrived around 10 p.m. and were told we could not be served because the restaurant was no longer seating guests due to the Covid inspired curfew,” Aiken shared in a telephone interview with The Hungry Black Man media.

The stay-at-home mother of two toddlers said after being refused service, she and her two sisters left for a food stand nearby and when they walked past the restaurant while returning to their car about ten minutes later, she said they saw white guests being seated at the restaurant by the same waitress that refused them service. When she and her sisters confronted the server about what they observed, she still refused to serve them.

“I’m used to racism in South Florida being more systemic. White people will be racist behind closed doors automatically. I’m shocked and disappointed to have experienced blunt racism in my face,” said Melisizwe, who added that during their visit, a “Hispanic-looking” couple seated near them that had not been required to provide a credit card in advance, “dined and dashed.”

A telephone call and email sent to Commissioner Lamar Fisher seeking comment were not immediately answered. RockBar is located in Fisher’s district.

Michelle Hollinger is the author of “Sis, You’re Worth It: Seven Ideas for Manifesting Your Best Life,” available on Amazon. She can be reached at [email protected]