Jacksonville eatery is a favorite of foodies and celebrities! 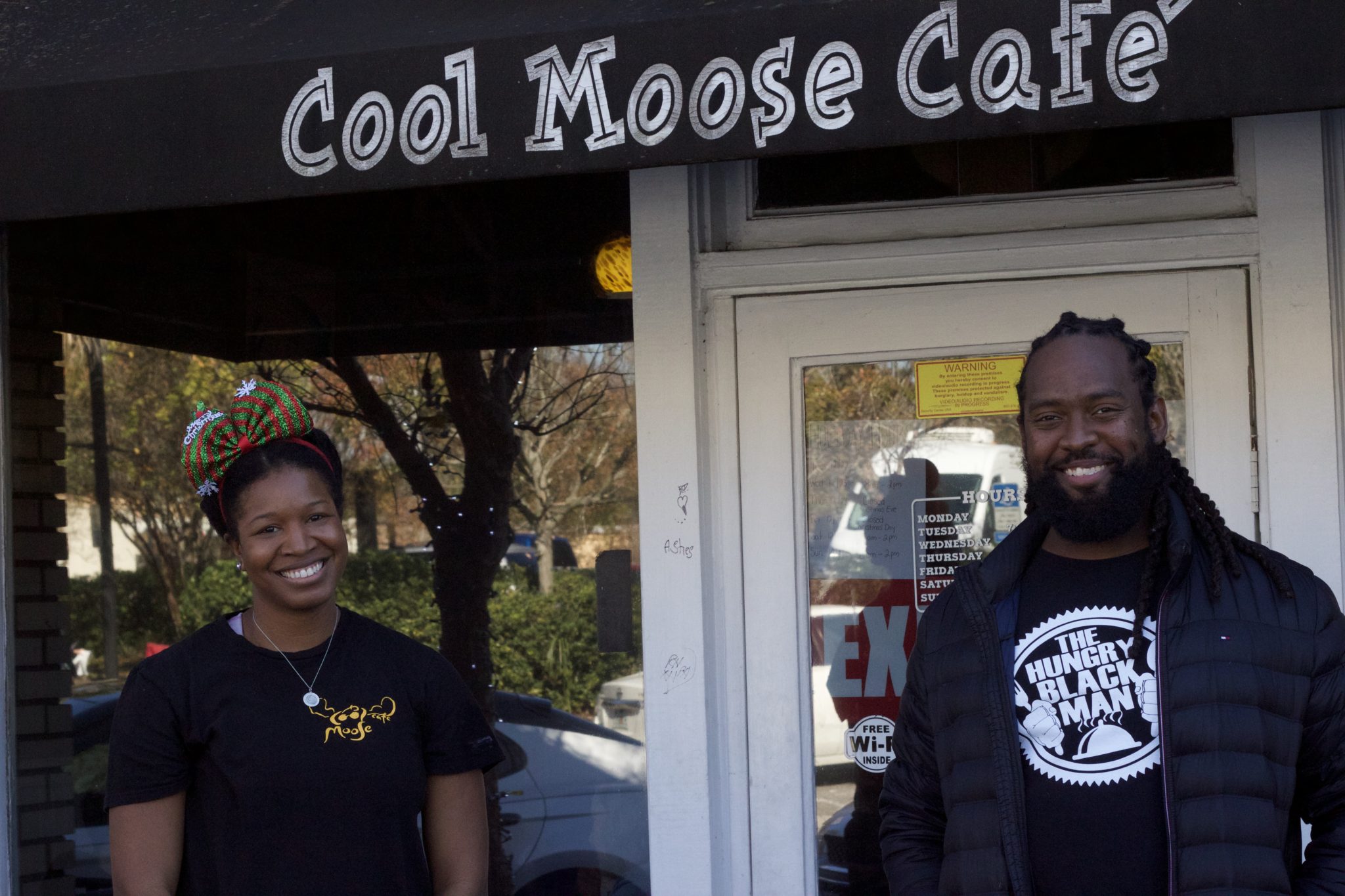 In 2014, when we could gather freely without fear of dying from someone coughing or sneezing, I attended SWXW in Austin, Texas. While there, I was given an edible that was so potent it transformed a once holy ghost filled and dignified black man into a gluttonous maniac pacing outside of the famed Franklins BBQ. Man, I totally embarrassed myself wolfing down brisket, ribs, and chicken in minutes. I vowed to never experience this out of control behavior ever again, but Mrs. Laurie Jarvis of Cool Moose Café located at 2708 Park St. in Jacksonville, FL 32205 had other plans.

She looks like such a nice lady with a beautiful smile and warm welcome, but we were totally deceived by this foodie version of the sirens of Sirenum Scopuli. Be careful not to order out of control no matter what aroma and visuals you’re subjected to. You see, Mrs. Jarvis is what some might refer to as a culinary masochist because of the way she and her sorcerer conjure up irresistible breakfast and brunch items in the back of the house. Once her minions place her creations on the table, Mrs. Jarvis stands out of the public view, in the shadows of the kitchen and smiles as her guests are rendered into gibbering, greedy, manic, foodies incapable of ordering just one entrée. This food lulls you into ordering multiple entrees to satisfy hunger that seems to magically expand in response to the deliciousness.

I started my ominous journey with their version of Nashville Hot Fried Chicken and a Crispy Belgian Waffle. The chicken was seasoned and fried to perfection with a flavor that isn’t just hot chicken guys, it is a unique and complex profile with just a touch of sweetness. Eating it a punishment and a joy at the same time, which is right up Mrs. Jarvis’ alley. To wash this dish down there are so many eye-opening drinks, including my favorites, the frozen mimosa, the cranberry mimosa, and of course their frozen coffee that was just AMAZING.

Next, we tried their version of a veggie pita with vegetables that were sautéed and seasoned surprisingly well. I don’t usually like eating vegetables and bread together because of its off-putting texture, but these veggies created an almost meaty texture with crumbles of feta cheese. On my next visit, I would request some type of sauce on this entrée to give it that same wow factor as the more meat forward selections.

Coming in as my second favorite entrée was the simple yet delicious Meat Lover’s Breakfast Quesadilla. Be prepared to get full and satisfied with this unassuming delicious creation of scrambled eggs with a spicy ghost Jack cheese, onion, green pepper, tomato, sausage, ham and bacon in a grilled flour tortilla topped with salsa picante, sour cream, and guacamole. Yeah, it had all that in it and I enjoyed every bite.

I was starting to feel full, but I continued going for the culture. The Southern Jewel was yet another chicken creation brandishing incredible flavor and homemade buttermilk biscuits with savory sausage gravy literally drenched all over the plate. I thoroughly enjoyed this entrée.

I started getting sleepy, but I refused to let Mrs. Jarvis and her clan defeat my belly! I moved on to their standout sandwiches and why the hell were these sandwiches so damn good? My favorite was the Brisket Grilled Cheese and lord have mercy, this thing was just down right delicious. My [email protected]@ had no business even eating this because my lactose intolerance had been flaring up something fierce on this trip. I didn’t give af because this sandwich was worth every fart. The bread is shipped in fresh daily from a baker in South Georgia who makes it from scratch! It’s so incredible, I had another sandwich days later before we left Jax.

It is honestly hard to go wrong with anything at this spot because we sampled almost everything on the menu due to the sheer deliciousness. Oh, damn. I almost forgot about the pancakes! Homemade, buttery, fluffy, and filling with Vermont syrup pouring over each flap jack like the Holy Ghost poured over me while leaving the restaurant to get me back to my normal self after that bout of culinary possession. Thank you, Lord.

If you live in Jacksonville and you’ve never been there, I don’t know what to tell you, because you are truly missing out. If you are visiting, this is should be your first breakfast or brunch destination. Cool Moose is located at 2708 Park St, Jacksonville, FL 32205. You can call them at (904) 381-4242.