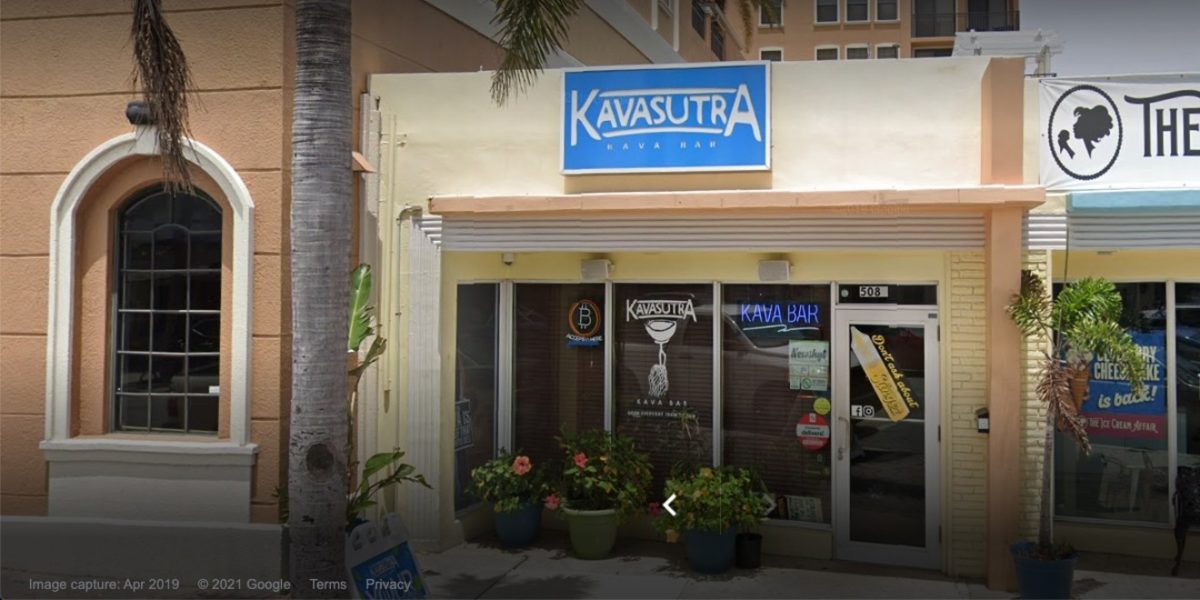 Following a January social media post from a couple complaining about racist treatment at the Rock Bar, this publication reported on Black patrons who reported they were required to pre-pay for their food at the popular Fort Lauderdale restaurant while noticing that white customers appeared to be allowed to pay following their meals.

Then there’s the blatantly racist email that was leaked and The Miami New Times reported on where Kavasutra owner Dylan Harrison wrote, “As I’m sure you already know, this is a ghetto Haitian n***er plaza. It has all the hallmarks of poverty,” when he haggled with a real estate broker regarding a lease agreement for the café’s Fort Worth location.

The South Florida-based chain of kava bars with several locations has a reputation for posting racist statements on its social media accounts. On the one-year anniversary of George Floyd’s death, the company’s Instagram page posted a photo of Floyd with crack pipes coming from his nose, mouth and ears with the caption, “I can’t breathe.”

Just last week, Grammy-nominated gospel artist William Murphy posted his displeasure with what he called racist treatment he received at Eddie V’s restaurant in Fort Lauderdale. Murphy said he was seated near the service entrance and when he requested a different table, was told he could sit there or leave.

“The entire restaurant was empty. They sat us at the service door. I asked to be moved and basically, he said you’re going to sit [near] the service door or you’re not going to sit at all,” Murphy said in a videotaped message he posted to Facebook. “I’m telling all Black people in Fort Lauderdale, do not go to Eddie Vs. It’s 2021, are you kidding me.”

In response to Murphy’s video describing his experience, Leroy LJ Frager said, “Maybe he was the problem. I walked in this restaurant dirty with my uniform work clothes on and was treated with nothing but respect.”

Tori Eutsey added, “…this is where I had my birthday dinner, and it was beyond amazing. Alex was my waitress. She was outstanding and I’ve been on multiple occasions.”

Alev Ersoy is on the management team at Eddie V’s. In a telephone interview, he said he was aware of Murphy’s post because he’s received calls from guests that have dined there as well as guests who have not.

He said he has spoken to Murphy since the pastor’s visit and Ersoy said he feels like the issue was resolved.

“I spoke with the Bishop the day after he came in. It’s not what happened, but his opinion is his opinion.”

He explained that guests are seated based on reservations and open servers.

As it relates to Murphy’s statement regarding being seated near a service door, Ersoy said it was “highly inaccurate. It’s not what we do at Darden restaurants, it’s not in our culture.”

In an August 2 Facebook post, Timothy Bivens called out the treatment he said he received at the Beach House restaurant in Pompano Beach.

“I don’t know if it’s because we didn’t reserve our seats. But they were telling us we had to reserve seats. We waited 30 minutes,” eating and drinking at the bar, where Bivens said the service was good.

He said he and his date were seated at a table set up for two “in the corner away from everybody. I noticed the table was real wobbly. I politely got up and walked over to the people that seated us. The waitress placed two stumps to stop the table from wobbling.”

He added that they had a hard time getting their waitress’ attention, he felt, because of where they were seated.

Bivens said he felt belittled by the experience. When asked why he felt the treatment was racist, he responded, “For one, the place where we were seated at. Look around the room and the Caucasians are in nice booths. I don’t know if it’s because they reserved their seats.”

He said the only other Black people he saw were “also in the corner away from everybody. Seems like they tried to hide certain people or put our people far away where you can’t see us.”

Dennis Bennett said in a Facebook comment that her experience at Beach House was similar to Bivens’.

She said her party received great service while they waited at the bar until their table was ready.

“When we were seated, they literally had us in the corner with a very wobbly table like we were the hired help. When we asked to move seats, they just put something under it so it would not wobble.”

She added that as they walked to their table, a waitress approached and said, “did you pay for that,” and “are you ordering any food.”

Vanesia Latrell said in a Facebook comment that she’s visited the restaurant several times and “never experienced bad attitudes, bad seating, bad food or bad service in general. The staff was always friendly and on point.”

James, who declined to share his last name, is on the management staff at Beach House. During a telephone interview he was informed of Bivens’ complaint, to which he replied, “This is a very big issue you put right in front of me.”

When asked if they have a policy of seating Black customers in secluded areas of the restaurant, he said they do not.

“[The] company as a whole, we pretty much do not deny service, we don’t judge based on appearance, age, look, so the fact that this has been brought us is a little off putting. We do try to accommodate everyone just on being human in general,” James said.

He explained that the only time guests are unable to choose their preferred seating is if the restaurant is at capacity due to reservations.