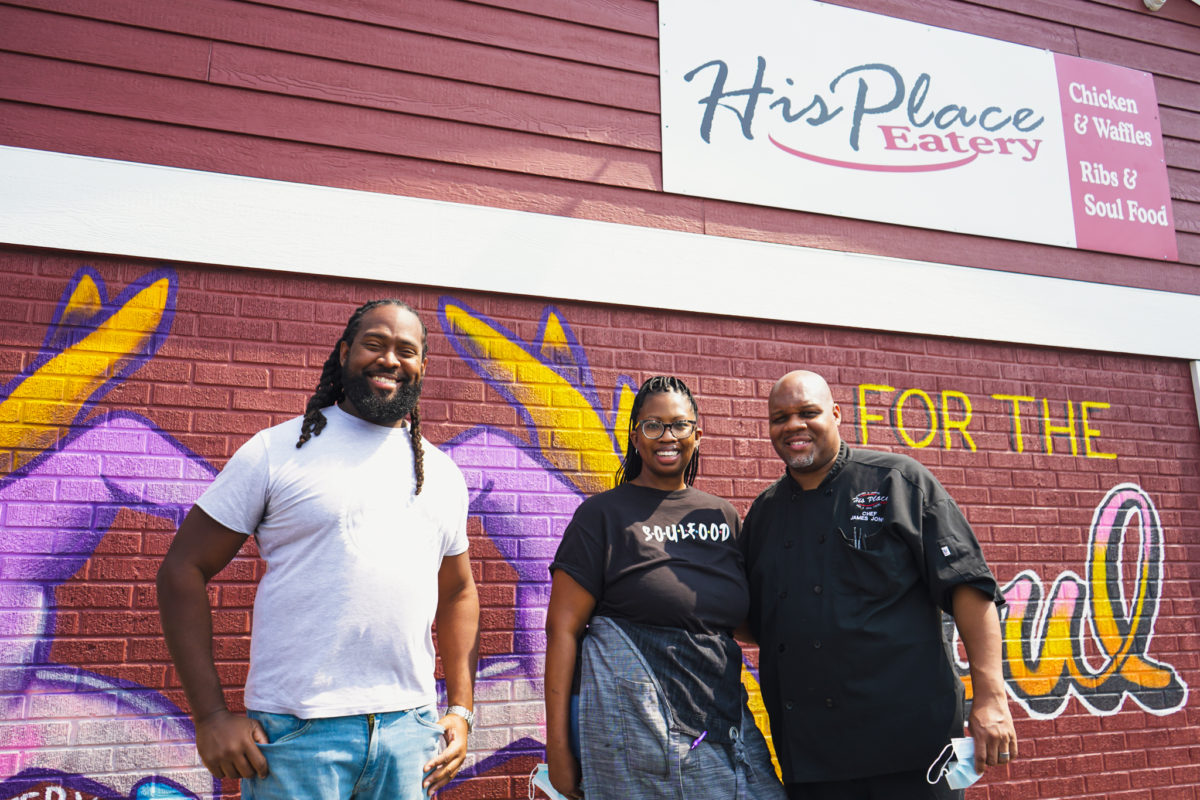 Many moons ago, I dated a beautiful woman who was absolutely all I could imagine in a potential wife. Dark, athletic, God fearing, great personality, beautiful body, but I [email protected]#$%& it up. Not with infidelities, but with not giving the relationship the attention and time it required. Not noticing the small things that would eventually turn into big things. Losing her impacted me so significantly that I told myself I would never make that mistake again, and not just with relationships with everything.

When I find quality, I would appreciate and respect it, which brings me to Indianapolis. While I didn’t find a wife there, I did find quality in the surprisingly vivacious Black food scene, and was sure to give it the attention it needed. This is what brought us back to the city literally back to back. From coffee shops to decadent bakeries, and even taco stands, the city’s Black food scene is bustling, much like its cousin, Chicago, a short two hour or so drive. That’s honestly how I ended up in Indianapolis. While high out of my mind on their SUPER EXPENSIVE cannabis in Chicago, (I will talk about that bull$#%& in my next article), I got curious and googled ‘cities close to Chicago.’ Indy popped up so I was like, we driving there to try some of our followers’ recommendations.

Unfortunately, the first spot was a letdown, but the rebound was worth it! Our second spot was His Place Eatery – Chicken & Waffles, Ribs and Soul Food located at 6916 E 30th St, Indianapolis, IN 46219. Under the direction of Chef James Jones, this is quite possibly one of, if not the best soul food restaurants in Indianapolis, possibly the nation. Yeah, I am going there. This is how much confidence I have in this chef. Is there anyone out there who disagrees, please leave a comment as to who your favorite is in the city so that we can make a visit.

I loved Indy, but let me tell you something, there are some mean a$$ folks who do NOT PLAY. An old lady literally kicked me because I was taking too long to load my groceries and she had to go to church, but I digress.

We started our journey with chef’s assortment of artisanal waffles. We all know what makes a good waffle, but do you know what makes a good waffle for Jesus? No. You don’t know. Chef James does. He has the culinary answers. He said he built this restaurant in homage to God, hence, the name, His Place. James knew the assignment when making these waffles and all the other heavenly food.

The book of Colossians 3:23 says, “Whatever you do, work heartily, as for the Lord and not for men…. OH, GLORRRRYYYY! Excuse me, I had a Holy Ghost fit. Back to the review. The waffles were so memorable that I can taste, just like that woman I let go – quality. First up was the Churro waffle. As a Miamian, I know churros. Our Hispanic population made them on street corners when I was a teen and the to have Chef’s waffle was nostalgic and delicious.

Chef James’ Churro waffle tasted like a fried brown sugar cinnamon doughnut – but even better because of the crispy ridges and edges, like the woman I let go!!!! Though crispy on the outside, the inside was fluffy similar to the texture of a hot yeast doughnut. There is no syrup needed, but if you get it fresh out the grease, go ahead and dab a little bit and watch the waffle absorb each drop into its decadent body, just like the one I let go! Ok, that is my last comparison. The waffle is a star all by itself but could be overwhelming if you are not into sweets, so make sure you get something salty to balance.

Next up was the unbelievably delicious Red Velvet waffle, totally unlike any of the red velvet waffles I’ve had that taste like standard waffles with red food coloring. These folks obviously don’t know that Jesus likes his waffles made as they should be, and that’s Chef Jones’ authentic Red Velvet waffle. You actually forget it’s a waffle because of the pronounced cake flavor brandishing a beautiful acidity and slight sourness from the buttermilk and vinegar.  Then there’s the cream cheese in the frosting that completes sets it off.

When you order this truly decadent waffle that tastes like a vanilla and chocolate cake with subtle buttermilk tang, ask chef if he has created a syrup just for this baby because that normal syrup didn’t work. Make it a meal with the OUTSTANDING fried chicken, which was crispy and seasoned to perfection with an in-house blend of herbs and spices.

Next was the Buffalo Catfish Po Boy. Out of the 431 Black owned restaurants we have visited, Chef has the prize on homemade buffalo sauce. His has a wonderfully balanced vinegar-based cayenne pepper hot sauce with what I assumed was tons of butter giving it a silky feel that was thicker, yet much milder than many other buffalo sauces. I bit into that out of this world sandwich and almost caught the holy ghost, convinced that God was truly smiling on his servant. This could truly be the appetizer you savor while waiting to enter the pearly gates!

Things just kept getting better with chef’s whimsical spin on a classic he created for his lovely wife. The meatloaf dinner was smoked. You hear me. He smoked this damn meatloaf then elevated it by topping it with pepper bacon and a homemade sweet and spicy sauce.  I had it with string beans, dressing, and cornbread, three AMAZING sides, making it my second favorite dish following the Buffalo Fish sandwich.

My next entrée was unique and brought back memories of a childhood favorite I used to LOVE. Chef created a tricked-out, deconstructed version of a comfort classic, the CHICKEN POT PIE made with fried chicken breast, creamy vegetable filling and flaky puff pastry on the side for scooping and controlling how much of the savory gravy you want along with the protein. Tasty, but I recommend using grilled or baked chicken instead of fried chicken, which was too heavy for an already heavy entrée.

Now for the grand finale! The Collard Green Grilled Cheese Sandwich is a unique and delectable meatless alternative that has been a hit ever since. Chef describes it as a soulful twist on the classic, with collard greens and diced tomatoes inside a buttery toasted brioche bread. Unfortunately, after coming back for the sandwich, I must admit that I did not really care for the mac and cheese sides here. The other sides were much more flavorful.

I have completely fallen in love with this city’s Black foodie scene. From the hoods to downtown, I just loved Indianapolis. In fact, I’m going back to find and create a list of top 10 Soul food spots. And because I put my money on Chef Jones in any soul food contest, I will sponsor a whole soul food competition in Indianapolis with impartial judges. There are amazing restaurants here and there just may be someone who can beat him. But for now, His Place Eatery has the #1 SOUL FOOD IN INDY!  You can reach them at (317) 545-4890.