Atlanta Brunch Wars: The Real Milk and Honey Lives Up to the Hype! 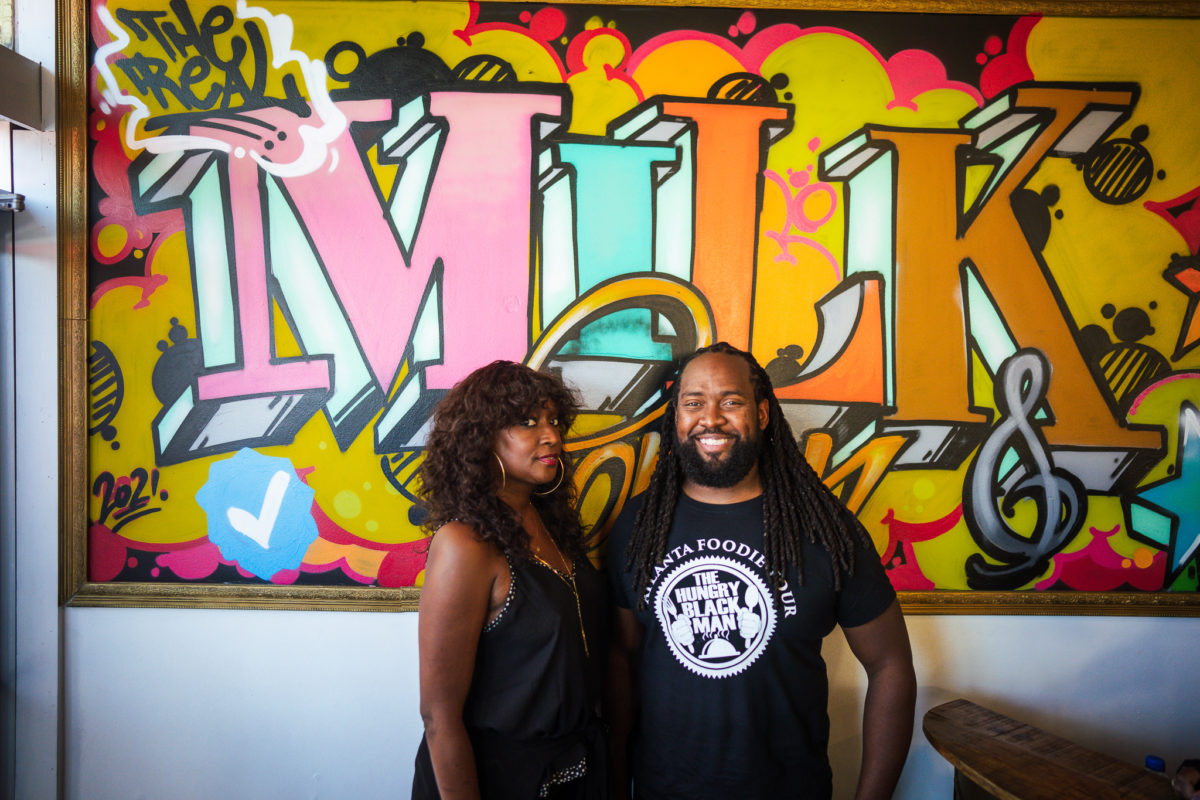 My team and I have avoided Atlanta’s food scene for six years because the space was invaded by celebrity hype that pushed out true culinarians. The result was substandard food with tons of publicity and popularity that even invaded the yelp reviews, throwing off balance and truth.

Well, it occurred to me that avoiding a food scene does a disservice to my readers, so I’ve taken on the challenge. By working with the locals and our followers, we’re creating a best of the best list and providing the truth behind some of the most popular brands.

Well, you probably know I don’t care about the scene, what folks are wearing, how good the mimosas are (even though that is a plus), who owns it (besides being Black owned of course), who is going to be there, none of that. BRING ME THE FOOD!

To that end, we did the research (eating all over Atlanta) to bring you Atlanta’s Best of the Best Black Brunch Series. In no particular order for now, we’ll release individual reviews of our favorites then rank them in our top 10 list.

Our first Atlanta brunch review is also the king of biscuits. The Real Milk and Honey, located at 3719 Main St, College Park, GA 30337, is a bonafide member of Atlanta’s popular cluster of respected brunch destinations. It has maintained insane traffic since its opening, so bring your patience. Thankfully, this place is WORTH THE WAIT and LIVES UP TO THE HYPE!

The biscuits are obscenely rich, made from rolled dough with a light, fluffy and tender interior topped with a slight crust and baked to absolute perfection with an even golden brown. Horizontal cracks around the sides were invaded by the delicious homemade honey sauce. Your lips will stick together savoring each soft, moist, sweet, fluffy morsel.

WARNING: You will feel an intense rush of endorphins of this mood-altering entrée. As you enjoy one of the best biscuits you’ve ever had in your life, your brain will be occupied by questions like who created this? Why did they create this? How can you eat more and not get fatter?

Just when I thought it couldn’t possibly get any better, I taste the Chicken, Cheese, and Egg biscuit.  Our neighboring table raved about a lobster version, but it was sold out. I was a little sad but biting into the chicken biscuit took all my melancholy away.

The breast is battered, seasoned, fried to a golden brown topped with a scrambled egg and cheese, smothered with an in-house gravy, and enhanced by a pool of red colored goo that revealed itself as a sweet and hot sauce eerily merging under this breakfast masterpiece.

We were having a wonderful time, and not just with the biscuits! The place is packed and people watching was at an all-time high. We all know that the Black women in Atlanta are some of the most beautiful on the planet, so it was Good Times for me, my nephew, and cameraman Mike, but I digress.

The chef wanted to make sure I was sumo wrestler size by the time we left, so he took his angelic biscuit, FRIED it and smothered it in some sort of distorted peach cobbler topping. Listen to me. This is really a dessert worthy of a large scoop of butter pecan ice cream. I ate all of it.

Following the biscuit experience, we ordered the oversized and AMAZING pancakes and French toast. You remember the really good IHOP pancakes of the early 2000’s? I do. These tasted like those just giant sized that you will have a hard time eating by yourself. The French toast has a delicious vanilla flavor within the fluffy oversized brioche bun that was delish with or without syrup. With the beautiful white sugary glazed drizzled on top, I found myself going back and forth eating it both ways, which was incredibly therapeutic.

It’s important to note that the simplest dishes — like French toast — are often some of the most challenging to perfect. With so few ingredients, it can result in disaster if the technique isn’t executed properly. Like a pastry chef, once the mix is complete, there is no turning back. There is no rescuing a pancake once it hits the grilled iron, so I tip my hat to the chef for his team executing these items to perfection in a JAM PACKED ROOM!

And that’s not all the deliciousness they’re churning out. Listen, I’m a halfway intelligent person. I pronounce my words, write as well as a 11th grader, and read a couple books a month, but this next dish turned me into a frenzied, gluttonous, clown. I couldn’t think and could hardly speak. I was having a hard time gathering myself after taking a spoonful of the crusty, savory, salmon on top of grits smothered in a low country style sauce, which gave it a rich and robust flavor. The salmon was dead ass wrong for being that goddman good. I’m telling you, this dish was very disrespectful. It didn’t care that I am dignified, sanctified, and filled with the holy spirit. It didn’t care about my master’s degree. It didn’t care that there were people around. It decided that it would be felt, heard, and seen! I SEE YOU SALMON GRIT BOWL!

We stayed in the savory lane and had high hopes for their crab hash. Unfortunately, on this day, it was tasty, but entirely too salty. The folks next to us loved it, but it was a bit salty for me. Hopefully, I’ll get a chance to experience it when it’s executed correctly.

Given its insane popularity, The Real Milk and Honey was incredibly refreshing. Many of the spots in ATL are just hype and very little culinary substance, hurting those truly attempting to share the southern culinary genius that existed in the city and state for decades. We are going to continue sharing the best of the best when it comes to the FOOD because they deserve the spotlight. We hope that you have an opportunity to give this spot a visit. You can reach them at (404) 458-5500.

The Hungry Black Man Media Black Atlanta Foodie Tour was in full swing beginning October 12 and we will be dropping our reviews on this remarkable foodie destination. Make sure you follow us on social @thehungryblackman and subscribe to this blog by inputting your email for Black owned deliciousness around the country! Contact us at [email protected]