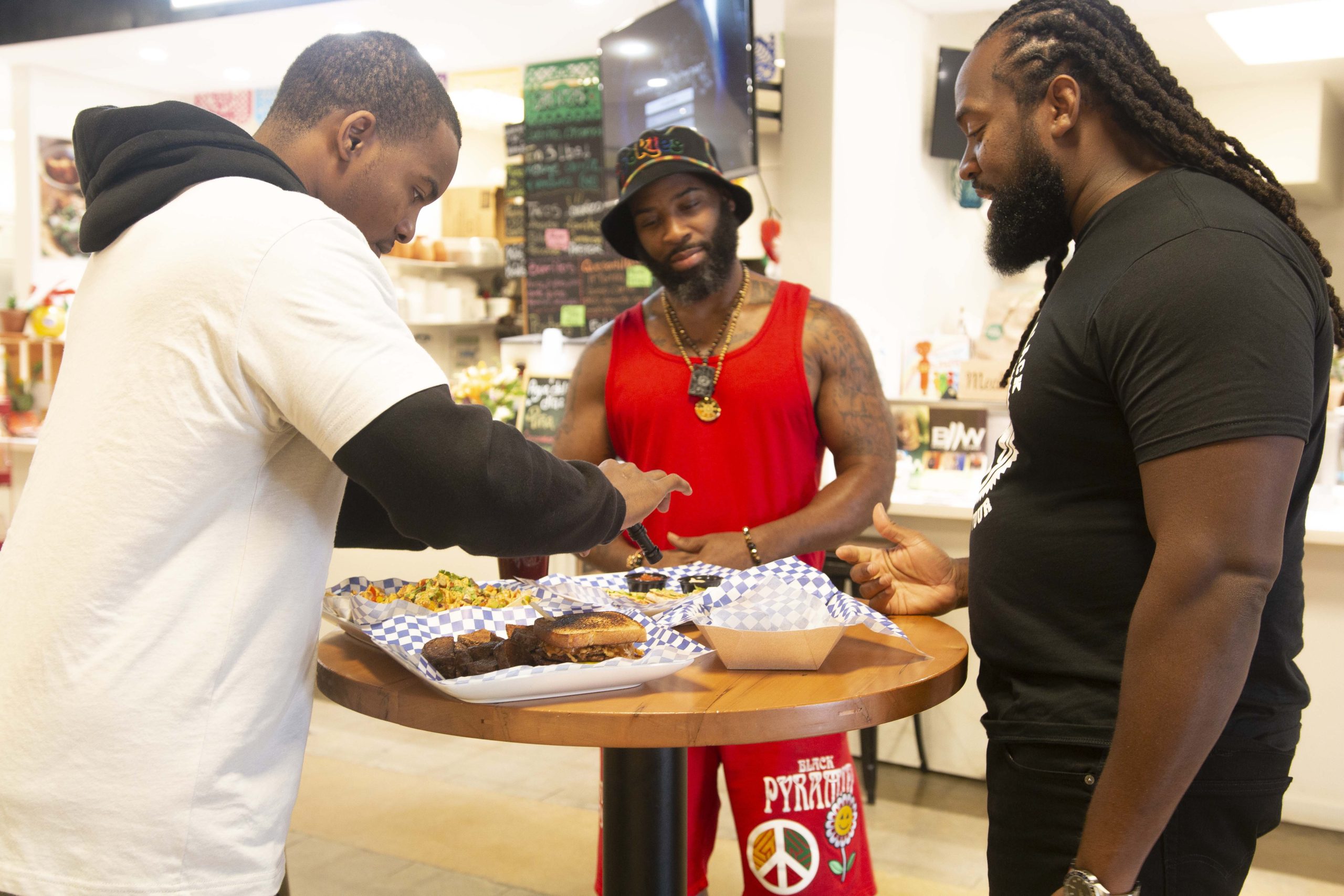 A flexitarian is a vegetarian that occasionally eats meat or fish. Believe it or not, I’m a flexitarian, very necessary to offset some of the challenges that come with being a restaurant critic, like gaining weight. A flexitarian lifestyle takes tremendous fortitude, in part because it takes a great deal to cook tasty veggie dishes at home that don’t require hours of prep.

If only I had a vegan restaurant that provides daily, out of this world delicious meals that are also cost effective, vegan, and above all HEALTHY! Super important because the assumption is if it’s vegan, it’s healthy. Not true. The majority of super successful vegan spots are just as unhealthy, often unhealthier than their meat-serving counterparts because of all the calories, lab created meat substitutes, and carbohydrates.

Thankfully, Indianapolis’ Cul De Sac Kitchen understood the assignment because it is the city’s best raw vegan restaurant. As the curator of one of the largest Black vegan festivals, The Soul Vegan Festival in Miami Beach, FL (taking place February 12, 2022), I know good soulful vegan food when I taste it, and this most definitely is that.

Before you even get into the cuisine, the space has fresh juices and some of the most delicious and filling shakes – the spiritually inspired Chakra Shakers – with different flavors each week. I had an AMAZING one with blueberries and I highly recommend the Sorrel, which was refreshing and addictive.

We started our dining journey with The Pineapple Express Meal, a unique sandwich with walnut meat veggie patties, vegan cheddar cheese, in-house made sauces, topped with batter fried onions, enclosed in a spelt wheat flour bun. Served with fried red potatoes that were so delicious they could have been the meal all by themselves, this sandwich was exceptional in every way. Like a decadent patty melt, the texture of the grilled pineapples, believe it or not, mimicked a juicy ground beef patty. I know, I know, you are probably looking at me crazy as hell, but I am so serious.

The meat substitute is an in-house walnut creation with a beautiful deceptive texture that will have even the most adherent omnivore not missing a beat. The in-house items exude robust, fresh and bold flavors in each bite.

Our next entrée has an off-putting name but don’t let that stop you. The Raw Walnut Meat Bio Mineral Wrap turned out to be my FAVORITE dish. Yes, my favorite item was a purely raw vegan item because the brother knew what he was doing. Totally unlike my experiences at some high end and more established vegan restaurants with raw vegan items that were tasteless, cold, and way too earthy flavoring.

Thankfully, the Bio Mineral Wrap was none of those things. Instead, it was filled with evolving stages of tenderness, crunchiness, crispiness, and flavors that danced between sweet and savory at each chew. The wrap’s ingredients are all delicious AND good for you. It had raw walnut meat, agave mayo, chard, kale, purple cabbage, spinach, tomatoes, red onions, blueberries, nori flakes, hemp hearts, and chia seeds.

Following the amazing raw vegan selection, we had the unbelievably delicious quesadillas with walnut meat and oyster mushrooms that will have you questioning whether they’re really vegan. Chef did such an amazing job with transmuting the texture of the oyster mushrooms from their natural chewiness into a silky chicken-like texture that interacted with the walnut meat seamlessly for an authentic Mexican taste sensation.

Our final entrée was the Raw Walnut Meat Nacho Stack available with either the standard yellow corn tortilla chip or the blue variety topped with tomatoes, cucumbers, red, yellow, and orange bell peppers, red onions, chia seeds, chard, kale, purple cabbage, agave mayo, and hemp hearts. The combined plant-based options created a compendium of natural and earthy flavors nestled atop each tortilla chip that produced a flavor packed crunch so satisfying I found myself going back for more and more until the entire bed of nachos was completely gone. And the culinary satisfaction went to another level because despite consuming it all, I wasn’t stuffed and felt great.

I left wishing we had a Cul De Sac in Miami because it would thrive here. We don’t have anyone serving high quality, affordable raw vegan options with this level of soul and flavor. Indy is blessed to have a spot where a family can easily dine without spending over $50.

I enjoyed the food so much that I visited several other vegan spots to determine if he had any real competition and the answer is “no.” He is king of raw vegan entrees. So much so, I’m convinced I could eat raw vegan everyday if I could get my hands on some of these outstanding options.

Make sure you follow us on social @thehungryblackman and subscribe to this blog by inputting your email for Black owned deliciousness around the country! Contact us at [email protected]

Visiting Atlanta? This Black Owned Eatery Should Be Your FIRST STOP