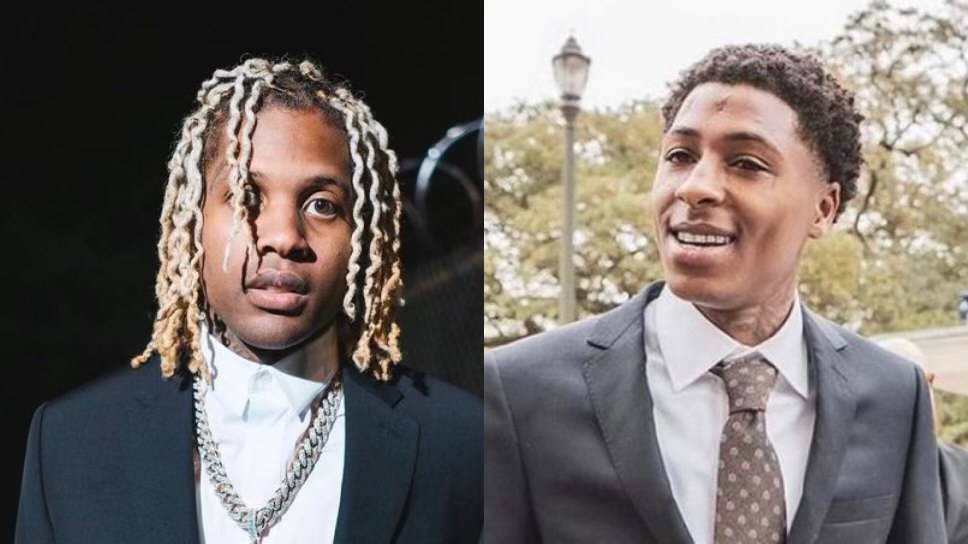 Sunday’s Eatery is already known and celebrated for its fried catfish, macaroni and cheese, cabbage, their world-famous fried ribs and so many more delectable dishes that explain the long lines extending around the building. Now the Miami Gardens-based restaurant that is co-owned and operated by rap legend Trick Daddy will forever be known as the spot where Lil Durk and YoungBoy broke bread together and put their beef to rest.

A little background for those unaware of just how monumental this is: Despite collaborating on a song in 2017, Durk and YoungBoy had a falling out and continued to diss each other in their music and on social media. The feud heated up in November 2020. That’s when Durk’s friend, rapper King Von was shot and killed outside Monaco Hookah Lounge in Atlanta.  YoungBoy is the head of the Never Broke Again label to which Quando Rondo is signed. Quando was at the scene when Von was killed and reportedly has a connection to the man charged with the murder.

Lil Durk and YoungBoy have been going at it on Twitter, Instagram and in a recent release from YoungBoy, but it seems their feud has come to a peaceful end. After intense soul searching on both their parts, the rappers showed up at the restaurant located at 2650 NW 207th street in the predominately Black city of Miami Gardens after each received an anonymous invitation. Sources now reveal the invitation came from three of the rap industry’s most influential leaders – Mos Def, Nas and Kendrick Lamar. The three rap czars met privately to discuss the state of rap music and spent a considerable amount of time discussing the Durk/YoungBoy beef and how it’s destroying the rappers’ generation.

Durk enjoyed the fried ribs, cabbage, rice and gravy while Old Boy cleaned his plate of smothered turkey wings, macaroni and cheese, collards, yellow rice and cornbread before they got down to the business that has their fans pleading with them to stop before someone else is killed and their own children end up fatherless.

After an historic two-hour conversation over a great meal, Durk Derrick Banks aka Lil Durk and Kentrell DeSean Gaulden, aka YoungBoy, have agreed to use their considerable star power for helping instead of hurting their community. In a first of its kind partnership, the rappers will pour their money into a foundation they’re establishing that provides mentoring, support groups for young Black boys growing up without fathers and gun buy-back programs in each of their hometowns, Chicago and Baton Rouge

Lil Durk said he’s seen enough death and wants to be a positive role model for his six children while also being a part of something better for his family and his community. He has lost several loved ones to gun violence. In 2014 his cousin, rapper McArthur “OTF Nunu” Swindle, was murdered. His friend and manager Uchenna “OTF Chino Dolla” Agina, Durk’s was shot dead in 2015. In 2020, Lil Durk’s close friend King Von was murdered, and in one of his most devastating losses, Durk’s brother Dontay “DThang” Banks Jr. was shot and killed outside a Chicago nightclub on June 6, 2021.

Durk was overheard referencing his song, “Viral Moment,” in which he says, “I changed my life, I’m Muslim.” He was also heard saying he wanted to follow in the footsteps of perhaps the most powerful Muslim in the Black community, Malcolm X, whose love for Black people was unquestioned.

Kentrell DeSean Gaulden, aka YoungBoy Never Broke Again, is the father of seven and said he also wants his children to be proud of his legacy. He was overheard saying, “it doesn’t make sense to be never broke again if I’m not around for me and my family to enjoy all this money I worked so hard for.”

The two rappers agreed that growing up without their fathers was difficult and they want to help other young Black men in the same situation to avoid some of the heartache they suffered.  They have asked their entourage to join them in making peace, not war. They also pledged to use their immense talent to create music that uplifts the Black community, encourages generational wealth, and promotes positive fatherhood.

Make sure you follow us on social @thehungryblackman and subscribe to this blog by inputting your email for Black owned deliciousness around the country! Contact us at [email protected]

The above is a completely satirical essay painting a picture of the possibilities.