I ate at 88 Haitian restaurants – This spot is No. 1 in South Florida 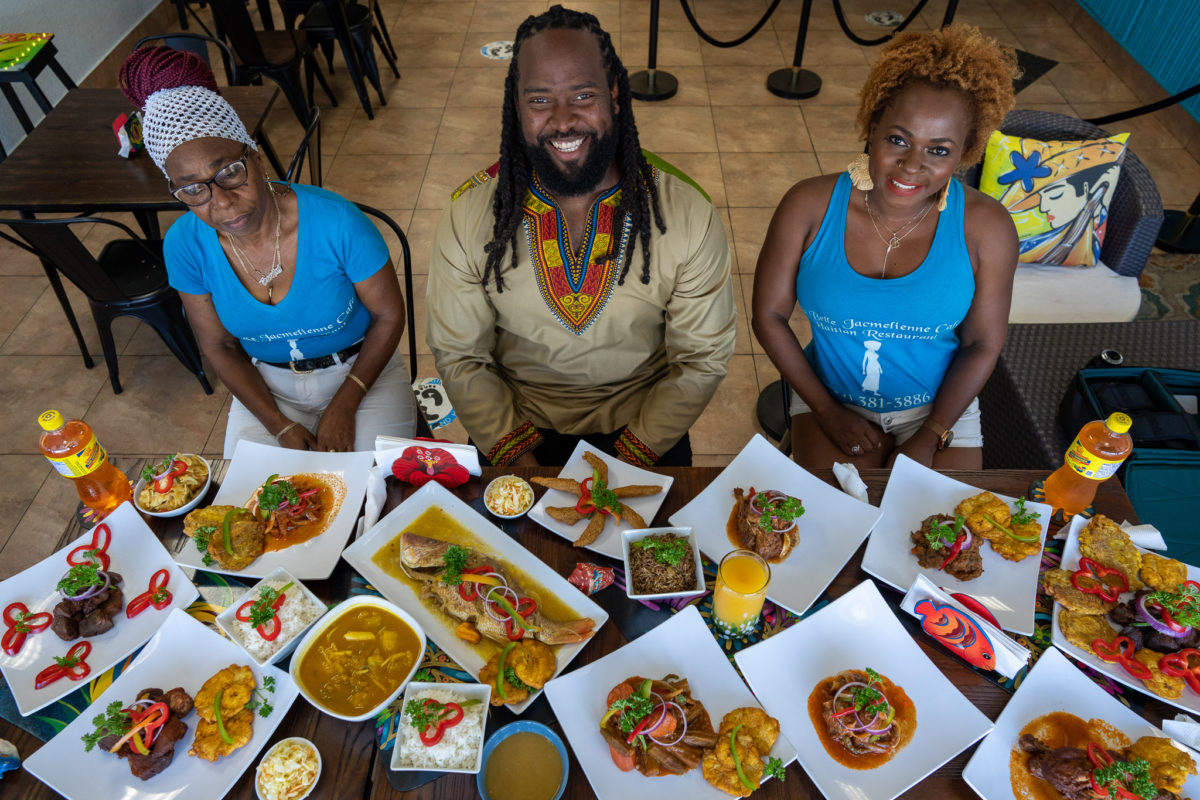 African-Americans have a long-shared history with Haiti that includes Frederick Douglass fighting for Haitian sovereign respectability when he was the first Black Ambassador of the United States. Many African Americans escaped this country’s brutal enslavement by migrating to Haiti in what was known as the Southern Underground Railroad. And during her tenure, Congresswoman Shirley Chisolm broke down in tears as she successfully stood up to the Carter Administration, demanding that Haitians be able to migrate to the United States just like their Cuban counterparts.

The idea that African-Americans and Haitians don’t get along is a myth rooted in negative interactions within economically challenged hood areas. The truth is the Black Congressional Caucus has taken this issue quite seriously over the years and African-American leadership fights for equal treatment of our brothers and sisters on a policy level. It’s one of the reasons we have such a large Haitian presence in the nation.

The love between our people should be nurtured and celebrated and a great way to do that is by breaking bread together and sharing the experience. I love Haitian cuisine so much that in 2017 I spent 14 days in Haiti, eating from one end of the island to the other. I enjoyed accomplished Haitian chef-inspired spaces, dining on the countryside and even in the homes of Haitian grandmothers.

That true Haitian experience serves as the backdrop for my team’s mission to discover South Florida’s best Haitian restaurants. Our team has eaten at 88 Haitian restaurants  with 67 being throughout South Florida (Miami-Dade, Broward, Palm Beach) and honestly had a lot of awful food. While we were disappointed at the quality, service, and presentation of many of the restaurants, we found some amazing spaces, which we are pleased to spotlight in our Haitian Cuisine Series.

The cuisine (as was Yardie Spice) was close to true Haitian cuisine. The owner, Ms. Bernadette was a sweetheart. Her mother and stepmother are the cooks behind this amazing brand. The restaurant is bright and immaculately decorated with Haitian art and bathrooms that belong inside a South Beach luxury hotel. The friendly service was provided by adorably uniformed ladies who make this place special.

The first entrée was my favorite, Haitian Beef and Okra Stew (Viand Bef Ak Kalalou). The okra in this entrée is not slimy, but instead tender and whole, merging beautifully with the beef shoulder’s flavor just enough for a more meaty, less sweet grassy-like flavor of okra. (I love okra to be slimy and taste like itself, so it wouldn’t have mattered to me at all.) This entrée should ideally be eaten with white rice and a little dab of “sos pwa,” a heavenly bean puree usually served with each entrée along with fried plantains, called “Bannann Peze.” Speaking of fried plantains, La Belle has my favorite because they’re crispy with just the right amount of salt sprinkled on top for an unforgettable bite.

Our next dish was the Stewed Conch or “Lambi.” That it is my second favorite dish says a lot because I don’t particularly enjoy conch. It was slapping! Imagine everything that makes the Caribbean delicious and put it in a pot. That’s how this entrée tastes. The conch was so tender that I though they used a 16-wheeler to achieve its texture. Its flavor burst of thyme, garlic, tomato, and fresh spices created a spectacular culinary experience that was so delicious I returned for another order to take home.

Following the conch, came the Legim, or Haitian Legume, which is a traditional Haitian stew. It is composed of simmered beef, seafood, or pork with a wide variety of vegetables with the primary vegetable being eggplant. This spot made theirs with braised pork and I LOVED every drop of that swine. Judge yo momma. Don’t be dismayed by the stew’s mushy appearance. It was better than any I’ve ever had, and that includes what I enjoyed while in Haiti. Ideally, it’s eaten with white rice, and yet again with dabs of the sos pwa for a truly authentic experience.

Next up we find the Haitian National dish of Griot, which is a part of a category of Haitian foods called Fritay. You can get fried pork (griot), fried goat (cabrit), or fried turkey (tassot). I enjoyed the goat, but my favorites were the pork and fried turkey, which reminded me of 1990’s KFC when I was a child. Once I took a bite, the incredible flavor flooded my brain with childhood memories.

An additional item under this category is the Akra, fried malanga fritters with a uniquely flavored smoked fish that has you coming back for more and more. I liked dipping everything in this category into a spicy slaw called pikliz, whic is to Haitians, what hot sauce is to African-Americans. IT GOES ON EVERYTHING. Pikliz is a condiment made with pickled cabbage, carrots, bell peppers and Scotch bonnet peppers. It is often seasoned with garlic and onion and pickled in white vinegar. Amazingly, I have never tasted the same pikliz twice because it’s different from restaurant to restaurant. One of many factors that makes Haitian cuisine so magical.

Next up was the dynamic stewed chicken. Lord have mercy. The flavor had an extraordinary spice and seasoning that lingers in your mouth with a constant reminder to go in for more. The spice had me reach over and enjoy their freshly made, not too sweet, just right passion fruit juice that was so out of this world delicious that I ordered one to go with my Okra.

Following the chicken, I had my final entrée, the steamed whole red snapper that was outstanding. I respect the cooks’ ability to eliminate the fishy taste that often comes with steamed fish. The 24-hour process includes a secret marinade that I suspect has notes of garlic, thyme, onion, and parsley.

With each entrée, you can choose between three different types of rice or simply plantains. The “Djon Djon” rice is the most exotic, as the mushroom used for its creation turns it black. Yeah, don’t trip, its delicious. Next would be the mixed red beans and rice mixed, followed by the white rice.

DON’T SLEEP ON HAITIAN CUISINE! This space was creating magic with each bite, and I am here for it all. Haitian cuisine has become one of my favorite Caribbean selections.  Its origins are rooted in African cooking traditions with strong influences from France and Taino food pathways. Haitian food is also regional because in some areas it’s comparable to Creole cooking and in other areas it’s comparable to Latin American/Caribbean traditions.

For me, the flavors are unpretentious and bursting with amazing taste, spice, and unapologetic African culinary aesthetics with hints of French culinary electiveness! I honestly don’t understand why it hasn’t penetrated the culinary mainstream.  Wait, racism, that’s why, but I will NOT get into that conversation.

If you’ve been reluctant to try Haitian cuisine, this is a wonderful space to break the cycle of ignorance. My Haitian readers, please visit to validate my boastful claims that it rivals the culinary goodness that your grandmother creates. You can reach them for orders at (954) 381-3886.

We found it! Florida’s BEST FRIED CHICKEN is at this Jacksonville Eatery!