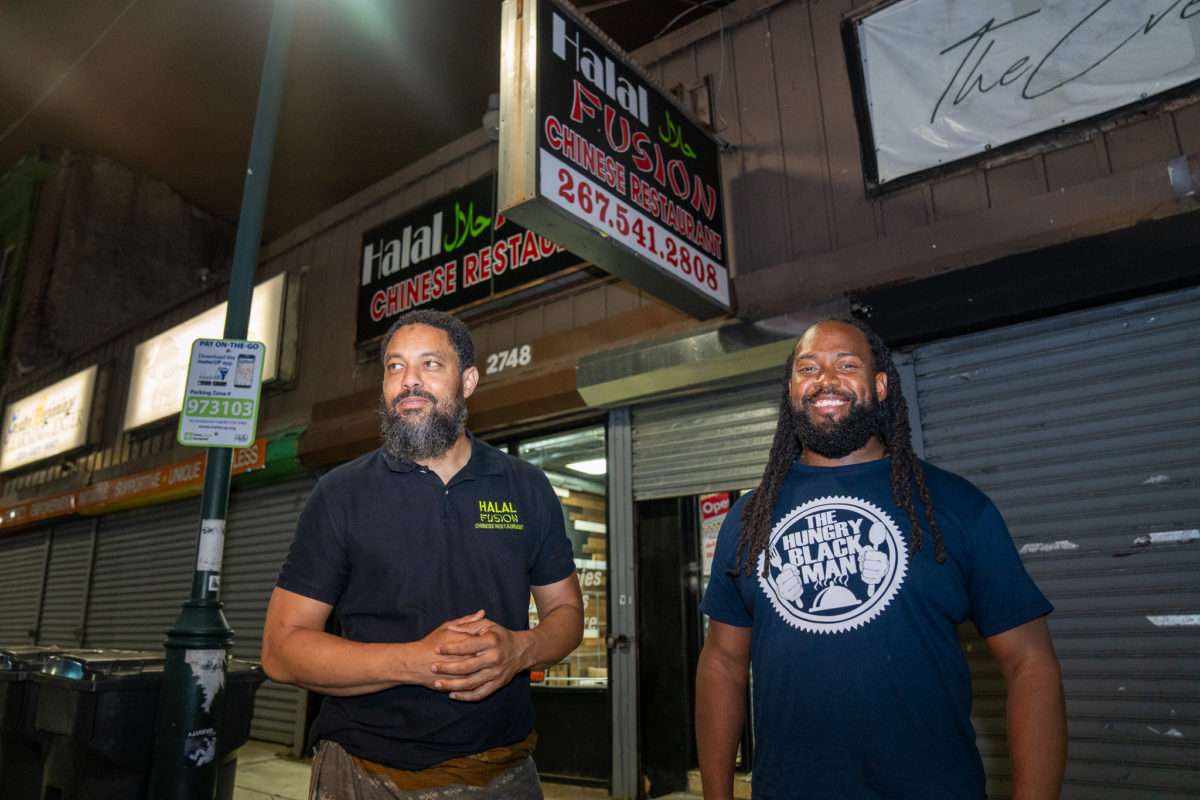 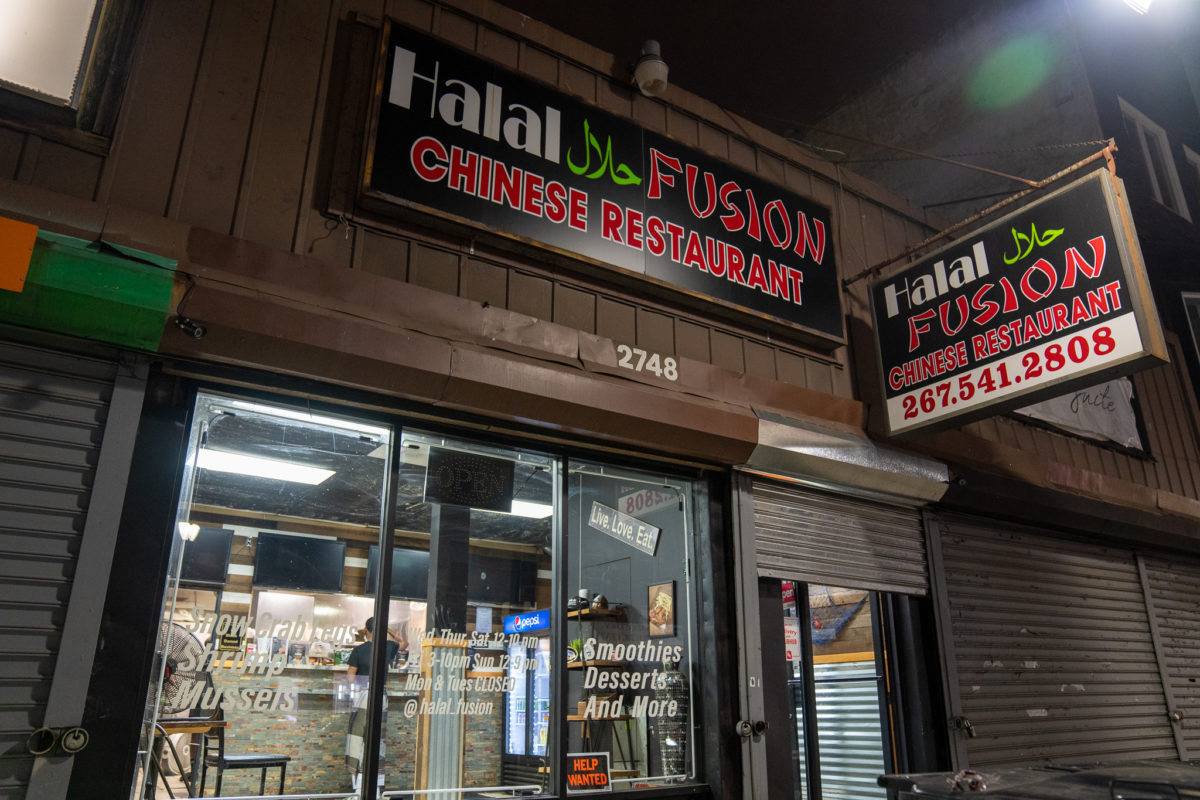 Follow us @thehungryblackman on social media to add amazing Black owned eateries across the United States to your foodie-indulgence list!

The Center for Black Innovation Stories are created through the volunteer work of The Hungry Black Man Media in partnership with The Center for Black Innovation made possible through generous support by Comcast NBCUniversal who has been supportive of reducing the racial wealth and opportunity gap in the United States through positive interventions and funding though programs like Comcast RISE – a multi-faceted program offering grants, marketing services, and technology upgrades and engaged story telling such as this story review that is intended to was strengthen and empower small businesses hardest hit by COVID-19.

To celebrate National Black Business Month (August), The Hungry Black Man Media will release a series of articles covering the Black Philadelphia food scene. Our Miami-based team traveled to Philly to eat, explore, and experience Black Philadelphia and we were pleasantly surprised. The city has an amazing spirit with great potential to transform its challenged Black neighborhoods into tourist destinations, especially through cultural and culinary tourism.

Our team visited Halal Fusion Chinese Restaurant, owned and operated by a father and son duo concerned that their neighborhood was filled with small businesses that did not reflect the residents’ culture, values or healthy offerings. Their solution is not only a healthier, tastier version of traditional Chinese cuisine, but the diverse kitchen is another bonus of this gem of a restaurant. Experienced Chinese head chefs share space with neighborhood youth who are learning and working alongside the sauté warriors!

As for the food, son and co-owner, Tahir, explained that the proteins are soured from Halal famers and their veggies are locally sourced. BTW, if you’re watching your calories, the sauteed veggies are outstanding! Zaire also stressed that they use considerably less sodium and oil than other local Chinese takeout spots. Having this healthier, still very tasty option is hugely significant since scores of the neighborhood’s smaller Chinese restaurants that serve a disproportionate number of Black families have been cited for questionable meat purveyors and unsanitary kitchens.

Our first selection was the Halal General Tso’s Chicken with a side of chicken fried rice. Their version of this staple dish was best described as sweet with a low spice level with umami notes from the soy sauce.  General Tso’s chicken might seem like a basic childish dish, but it is one of many Chinese dishes that requires a ton of ingredients, yet the sour, spice, pungent, hot, salty, and sweet flavors all come together in a balanced way. Much like my prayer for Black America, but that’s another story.

The chicken was a 5 out of 5 because it didn’t have the extra layer of salt and sugar found at other Chinese take-out joints. The chicken fried rice was scrumptious! Flavor gets a 5 out of 5! The rice had a beautiful yellow tent from the chefs usage of turmeric (a major anti-inflammatory) that I appreciated rather than the usual alternative of drowning it in the sodium rich soy sauce.

The chicken was seasoned and flavorful along with the tasty veggies throughout the dish. The rice was also a little sticky, a good thing, because rice is hot, steamy, very moist and sticky when cooked fresh. Plus, the stickiness is easier for me to use my chop sticks.

Next, we had the authentic and delicious egg drop soup. I love authentic Chinese food and frequent my favorite spots in Miami at least three times a month, so it was surprising and rewarding to discover this soup on the menu. A good egg drop soup consists of wispy beaten eggs in boiled homemade chicken broth. The only things missing from this tasty soup was a more pronounced white pepper, and finely chopped scallions to add even more authenticity and flavor. Nonetheless, it was a great attempt and deserving of a 3.8 out of 5.

Following the soup, my favorite dish was Chicken Mai fun, made with Singapore noodles cooked with chicken and vegetables in savory soy sauce. Mei fun (Mai fun) is a popular stir fry noodle in Southern China and Singapore. This version leaned more on the Singapore side of things. This incredibly tasty and hearty entre had perfectly sauteed rice vermicelli with notes of curry powder, soy sauce, stir-fried with egg, and tasty chicken, with fragrant flavors and a variety of crunchy vegetables.

They offer non-Chinese options as well, like their popular chicken wings. Unfortunately, the banana pudding has an unsettling chalky powdery finish, apparently from the boxed pudding. Banana Pudding is a cultural favorite they should definitely make from scratch.

To join us on our tour of Black Philadelphia and learn more about its food scene, follow The Hungry Black Man on Facebook or IG @thehungryblackman.