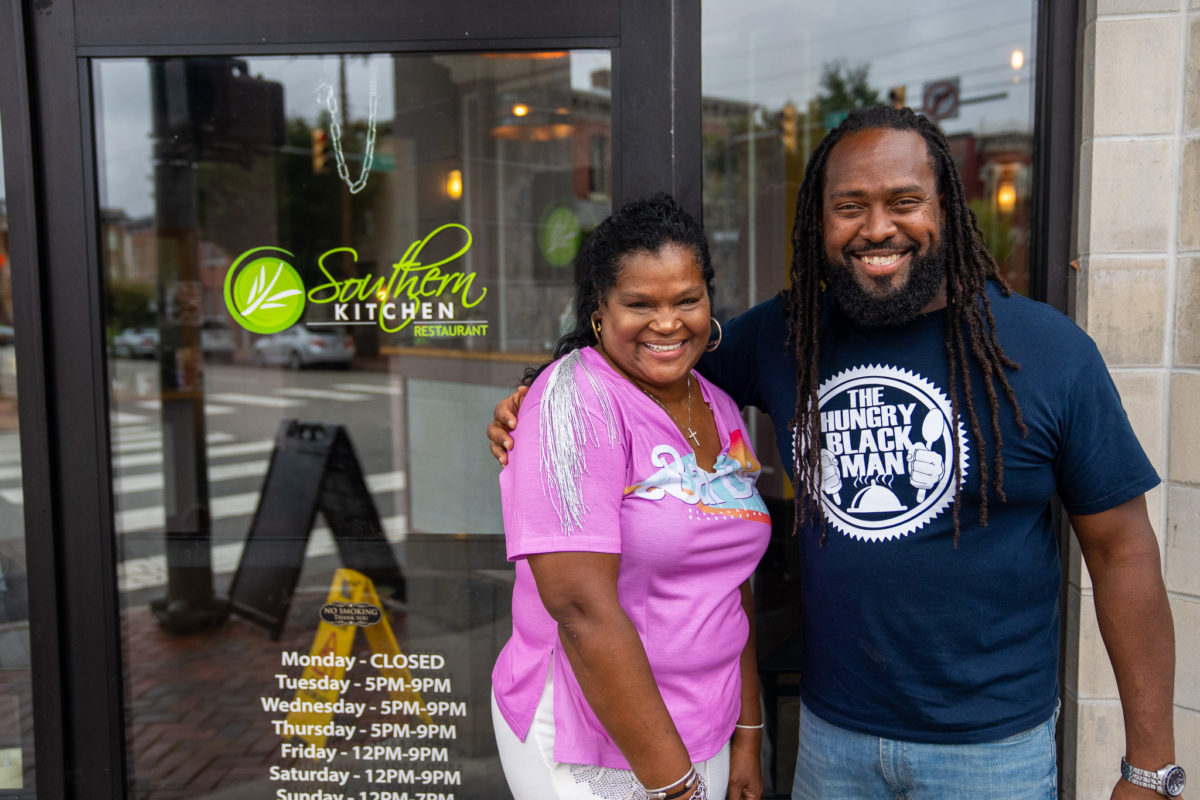 Richmond, VA, has a monsoon of Black American History with historical sites on just about every corner of the city. One of the most notable is the home of Maggie Walker, the first Black woman to own a bank in the United States. Her bank ownership is one aspect of other amazing feats to promote economic success in Black America. It’s fitting that her home sits on a corner lot, directly across the street from Richmond’s Best Soul Food Restaurant, Chef Shane Roberts-Thomas Southern Kitchen located at 541 N 2nd St, Richmond, VA 23219.

Our team was referred to this restaurant by locals who in-boxed us after seeing our team struggling the day before. Our culinary journey started with their exemplary cornbread muffins, baked to a delicious exactness that created a light, buttery, slightly sweet, crumbly soft bread. The muffin’s distinct, almost grainy texture and flavor make it perfect for sopping up collards or as an appetizer, as we had it.

Next was the BEST FRIED OKRA I HAD IN MY LIFE! The batter wasn’t the only star. The okra was gorgeously fried to create an almost eggplant like texture of tender and silky goodness. The fibrous veggie was enveloped in a fry batter resembling chicken nuggets which nearly eliminated the typical sliminess and became absolutely addictive.

Chef Shane happened to be there when we visited and suggested that we use their house hot sauce, which is also Black owned, to douse on top of the fried veggies. The HOT SAUCE WAS THE BEST I HAVE EVER HAD! This hot sauce made Crystals look like an amateur, with its combination of a subtle vinegary flavor backed up by pepper and garlic. I literally put the hot sauce on everything because of how it just meshed and supported the flavors of almost every savory option on the table.

Next up we had the mac and cheese. Chef knocked it out the park. The mac was 10 out of 10 making Chef James Hemmings very proud. Elbow pasta was cooked to a tender bite allowing the cheese to melt and contour alongside butter and seasoning creating a straight up crowd-pleasing side that could easily serve as a main dish because of its heartiness and incredible flavor. 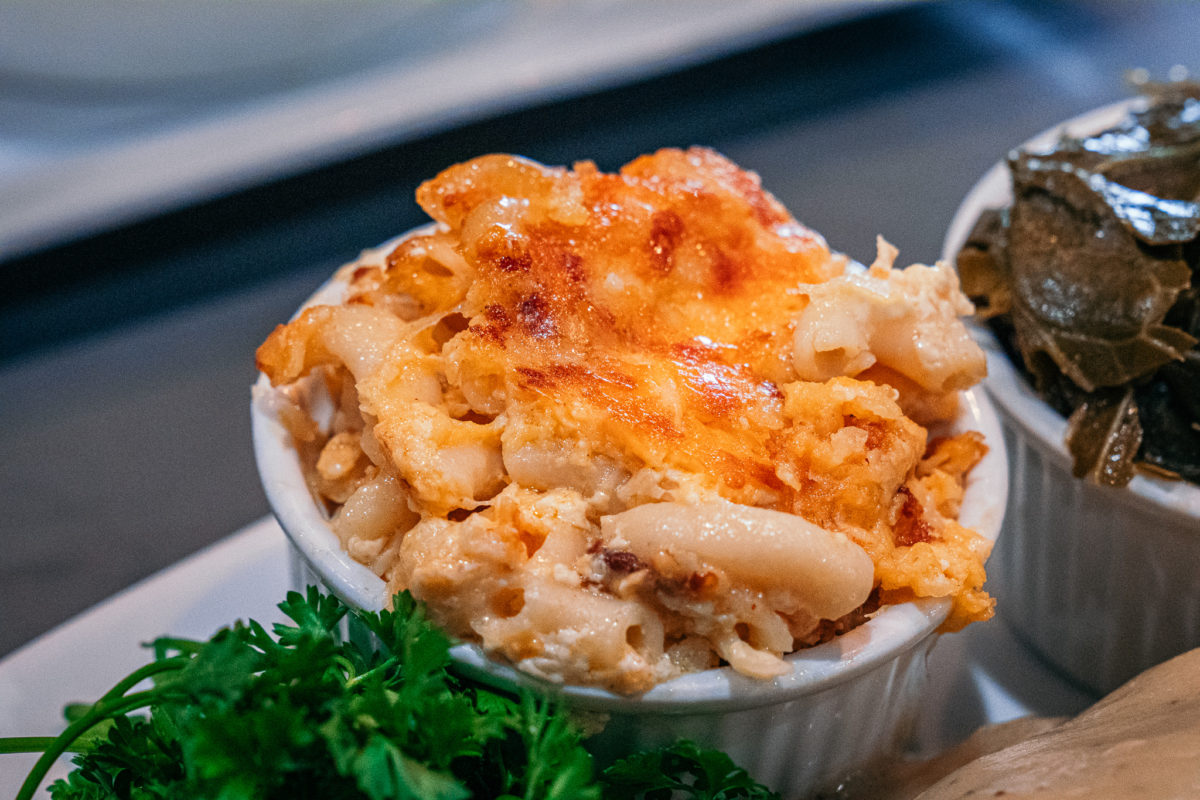 The other sides were also absolute stars. The potato salad was delicious, and the collard greens will have you scratching your head, wondering how she managed to outcook your grandma and just about any other grandma known for their greens.

Our main entrées were the Turkey Wing platter and the Fried and Blackened Catfish. The fried catfish was fried to a glorious golden brown and seasoned well with their house blend. My only regret was that I didn’t order a side of grits to go with the catfish, as they would make for a beautiful marriage. Next visit, for sure. The blackened catfish was a little too over seasoned, so I didn’t really get into that.

The turkey wing had all the flavor of a perfectly braised turkey. The drum had the most meat resembling the white meat of the turkey, while the flat boasted a rich and deep flavor that was supported by the entire wing being submerged in a house made pan gravy. 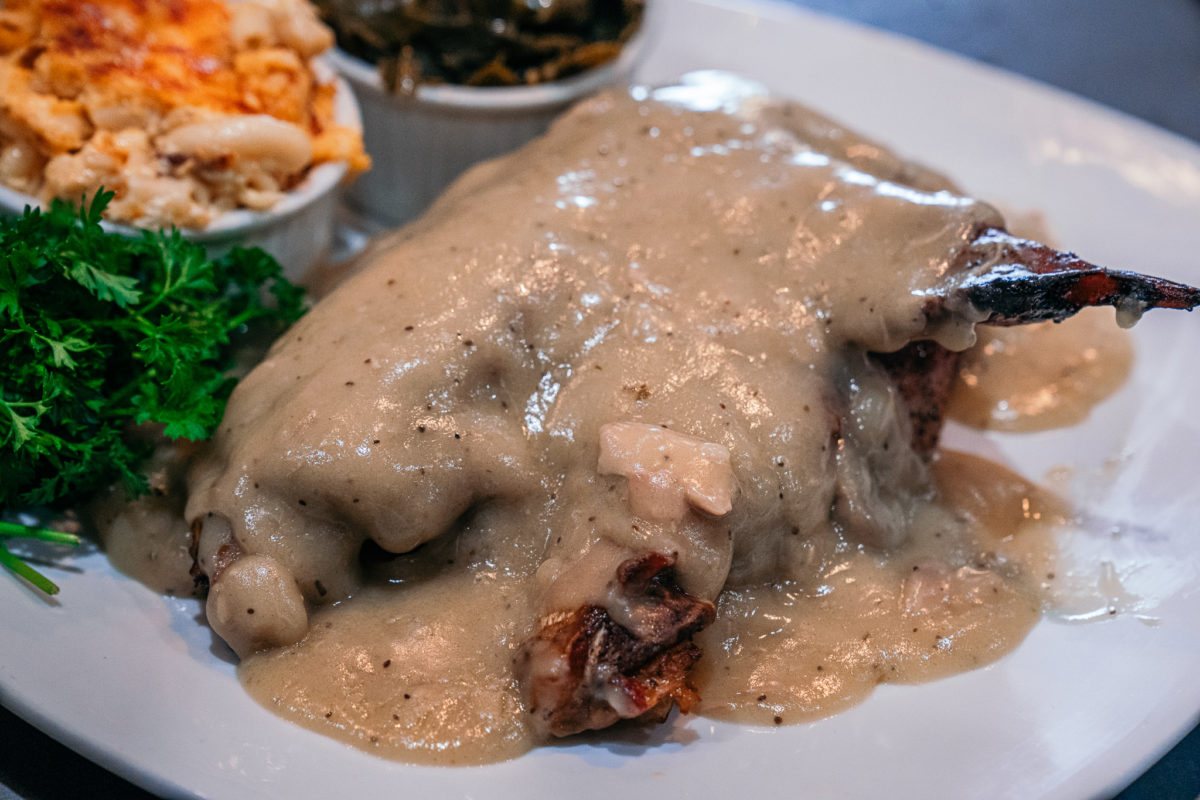 Last but not least, the restaurant has a local baker who makes an assortment of cakes that were standard. I would probably get the banana pudding or peach cobbler instead of cakes on my next visit. Oh, and don’t forget to try their lemonades and tea. I ordered both and they were sweet-sweet, but so good I kept drinking. 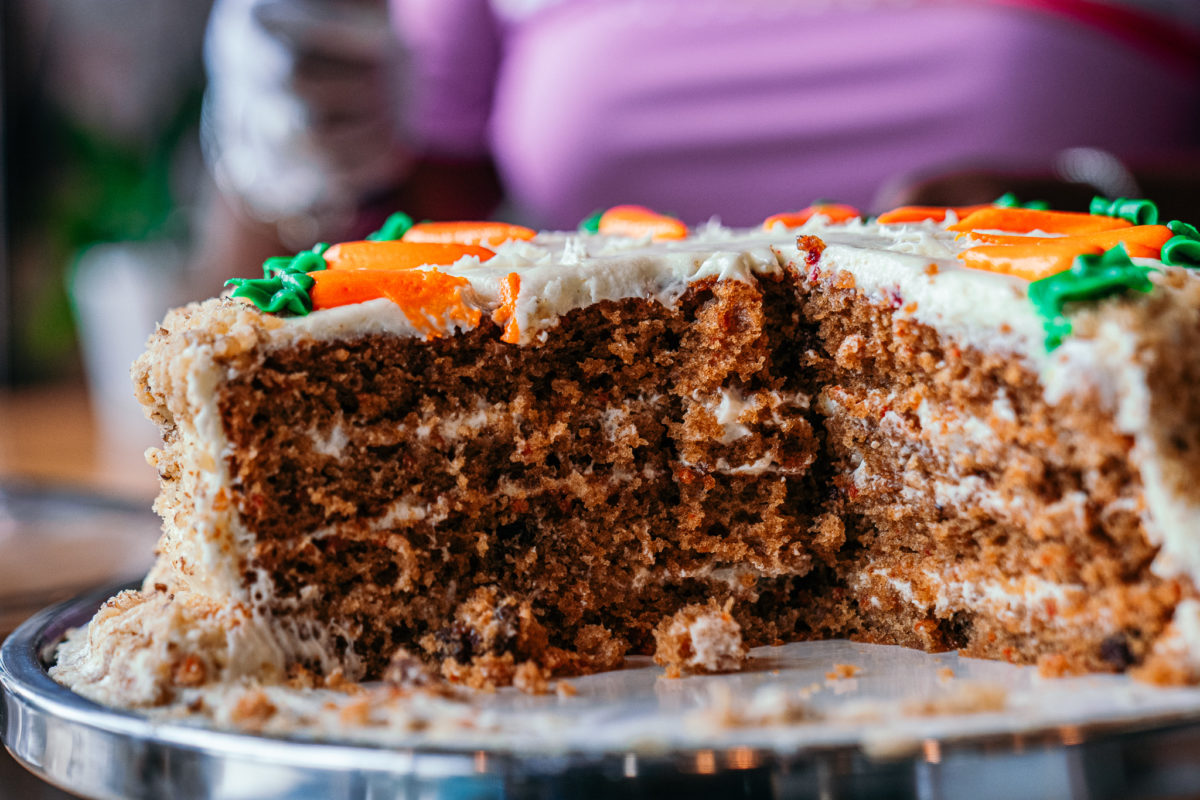 This space gets the Hungry Black Man approval and a score of 5 out of 5! I can’t wait to come back to Richmond and enjoy Chef Shane’s incredible cuisine and southern hospitality. If you plan on dining, I strongly recommend making a reservation because this place gets packed! It was already popular in Richmond but went to even greater heights after being featured on “Gordon Ramsay’s 24 Hours to Hell and Back” in February 2020 and Chef Shane’s appearance on the Food Network’s “Chopped” later that same year. 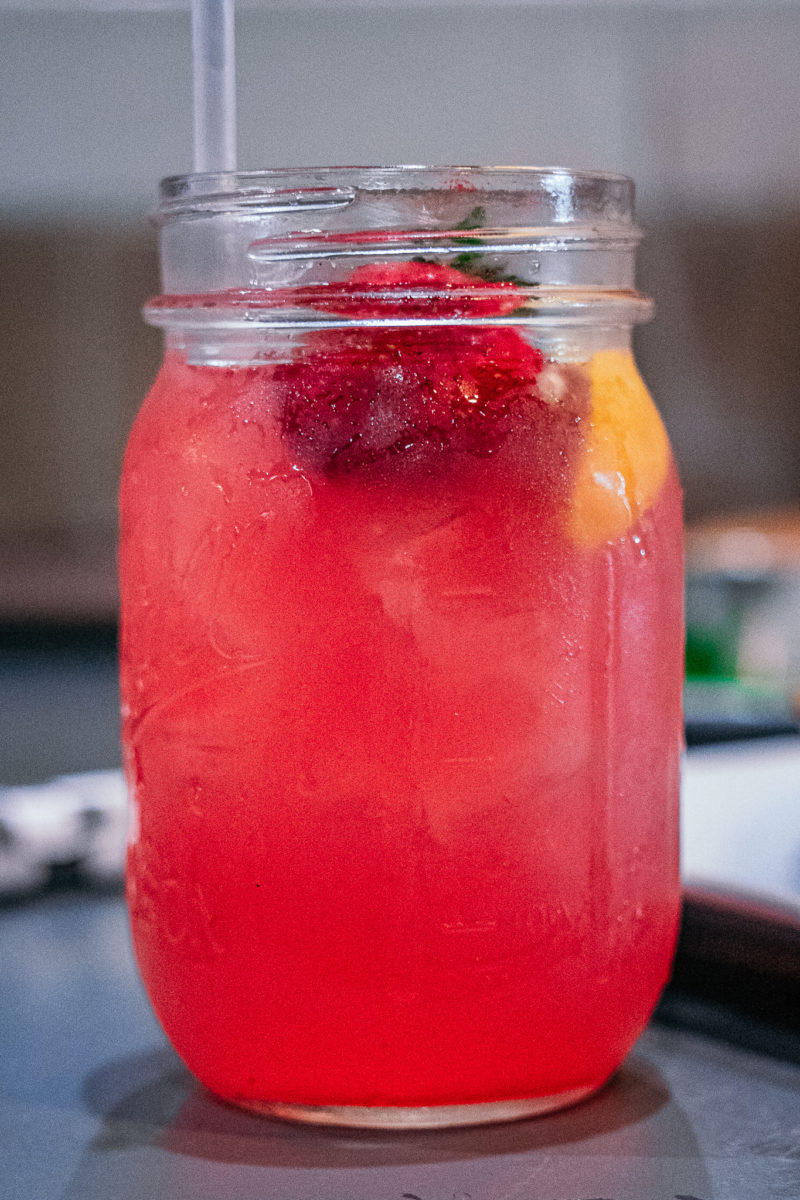