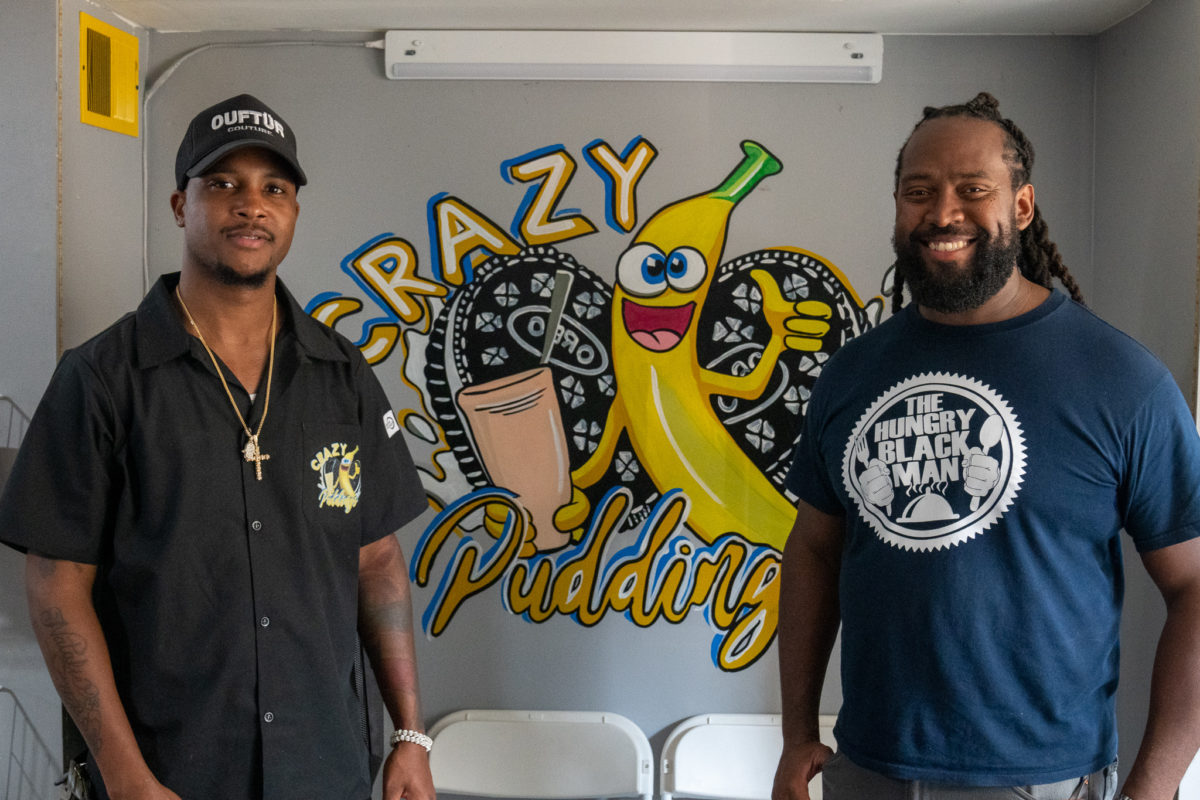 Remembering where you had your first peach cobbler or banana pudding can conjure up warm and nostalgic emotions. I recall Mother Stubbs digging her lunch lady spoon into a giant tray and dropping a dollop of freshly made banana pudding on my plate for me to eat while the other church mothers continued cooking for our pastor’s appreciation day. The pudding was fragrant, warm, and utterly delicious. Of course, the world is very different from my early childhood of the mid 1980’s, but some things simply shouldn’t change, especially when it comes to Southern cooking.

On our recent Black Foodie Tour of Baltimore, MD we were blessed to discover a small dessert shop that is all about Banana Puddings! Crazy Puddings located at 22 W 25th St, Baltimore, MD 21218 not only provided our team with amazing nostalgia, but also tasty innovation! The puddings were not the warmed, old school Southern fashion. Instead, they were more of the New South, chilled to an inviting temperature where the pudding meshed with homemade wafers to form what most folks identify as ideal banana pudding.

In Black American culture, whether at a family reunion, barbecue, wedding, or even repast, banana pudding and usually peach cobbler find their way to the dessert table. There are so many different iterations, but any true banana pudding connoisseur will agree on the shared norms and must-haves to truly produce an exceptional pudding. For starters, the wafers or cookies must be in complete agreement with the pudding as a major cast member, not a supporting character.

The classic banana pudding tastes like a basic sweet vanilla pudding with a creamy texture and soft silky texture with a deep flavor that is heightened by dairy fats making it slightly decadent. Eaten all together (cookie, pudding, banana), the pudding produces an almost cake batter of sorts, but without the inherent eggy aftertaste. The slices of banana were fresh, slightly but not too soft and incorporated wonderfully with the various flavors.

Yes, I said flavors. In addition to the classic, they also serve strawberry, Oreo, birthday cake, butter crunch, and snickerdoodle. Every single one of the flavors was outstanding (I did not try the birthday cake) and I thought I had a favorite, but now, I don’t know. If I had to pick, it would be the strawberry, because it literally tastes just like the good humor bar. The cook makes the strawberry crunch from scratch, with each bite better that the previous. I found myself finishing the cases of each pudding, which was not good for my diet. The Oreo tastes pretty much like what you’d think. Oreo cookies incorporated into banana pudding.

Next, I had the snickerdoodle, which had a striking cinnamon spice that gave me 1990’s Cinnamon Toast Crunch vibes. If you remember the way that cereal used to taste, just create a banana pudding version of it, and there you have it. The butter crunch was sort of similar to the classic, but with a bolder buttery finish.

The owner and creator of the brand, Mr. Jamal Wiggins, happened to be on hand when we arrived, and it was an absolute pleasure to speak with the brother as he shared his journey to open his now four-year old eatery.

We enjoyed our Baltimore Foodie Tour, eating at quite a few outstanding spots, but the banana pudding was simply the most memorable. I was honestly embarrassed that I’d eaten every single flavor in its entirety. So as much as I want to share the amazingness of this Black owned business, if you are on a diet, please do yourself a favor and either avoid it or visit on a cheat day. Once you eat just a spoonful, you’ll be powerless to stop yourself.  You can give them a call at (443) 791-4272.