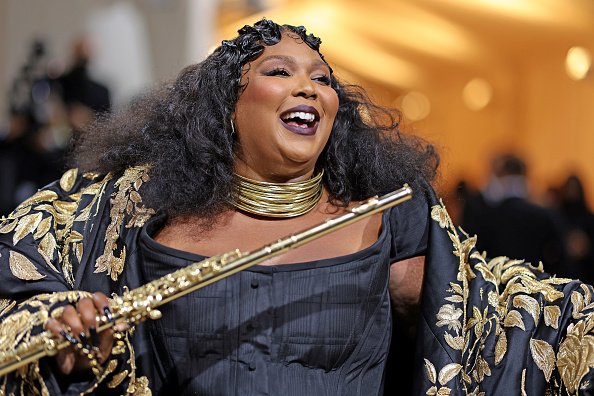 My name is Starex Smith and I am the founder of The Hungry Black Man Media (www.thehungryblackman.com), food writer, restaurateur and other things that would hopefully make our ancestors proud. Above all, I am a Black Man. As such, I spend a great deal of my time working on interventions to assist Black entrepreneurs, youth, restaurants and more importantly, helping to always protect Black women as much as possible.

As such, I was extremely concerned with your recent performance where representatives of the Library of Congress presented you with a crystal flute owned by enslaver and founding father of the United States, James Madison. As you’re aware, our nation has a dark past, and our people have endured great hardship in our efforts to be treated as humans.

Men like James Madison, our nation’s fourth President, went to tremendous lengths to deny us our humanity. He was an enslaver who held contradictory views on slavery throughout his life. On the one hand, he argued the idea of slavery was incompatible with Revolutionary principles, but in actuality, he owned over one hundred slaves on his Virginia plantation, brought enslaved people to the White House, and ultimately sold them for personal profit.

The travails of enslaved people in this nation who would become African-Americans is well documented, so I won’t spend much time discussing the horrors our ancestors endured. The folks at the Library of Congress knew good and damn well who James Madison was, especially that he and his father created a horrible legacy of brutally raping and sexually assaulting Black women.

Examples of how twisted and morally depraved these men were is evidenced in how President James Madison’s father purchased an enslaved woman who was stolen from her village in Ghana and transported to Virginia. She was named Mandy by one of her previous owners when she was sold to James Madison, Sr. As a result of him raping her, Mandy had a daughter, Coreen. Some years later the future president, James Madison, Jr. impregnated Coreen, his half-sister, resulting in a son named Jim. In simpler terms, James Madison raped his enslaved half-sister, had a son with her, then eventually sold his child into slavery when he was a teenager.

President Madison was the architect of the Three-Fifths Compromise while serving as president of the American Colonization Society (ACS), formed to deal with the “problem” of the growing number of free blacks in the United States by resettling them in Africa.

As an American, I am a huge supporter and fan of the beautiful documents our founding fathers crafted in the formation of this nation, but as an African American, it is very painful to know that the family of this past president would have the audacity to invite a young Black woman to the home of a former predator, enslaver, and rapist to perform on his flute. There is something very dark and demented about that.

I highly doubt that a young Jewish woman performer would play an instrument formerly owned by a member of the Third Reich while twerking on stage. Similarly, a beautiful, intelligent, young African American woman should be shown the same level of respect.

Instead of performing for Madison’s decedents, maybe you can ask them to issue an apology along with the Library of Congress manipulating a descendent of slavery in this weird ritual of sorts. You probably didn’t know who this man truly was, so I thought sending you this brief letter advising that in the future, you to err on the side of caution when performing at a home where unspeakable pain and suffering were inflicted on our people. As holding one of the world’s largest flute collections, there were so many more amazing options for you to have displayed our unparalleled talent.

The hypocrisy of the founding fathers, and the consecutive three centuries of pain and inequality didn’t leave a sweet taste in the mouths of our people. Rather than constant displays of symbolism and performative actions, we need true healing and reconciliation that will repair the damages done to African-Americans by this nation, not performances at former slave owning hypocritical aristocrats.