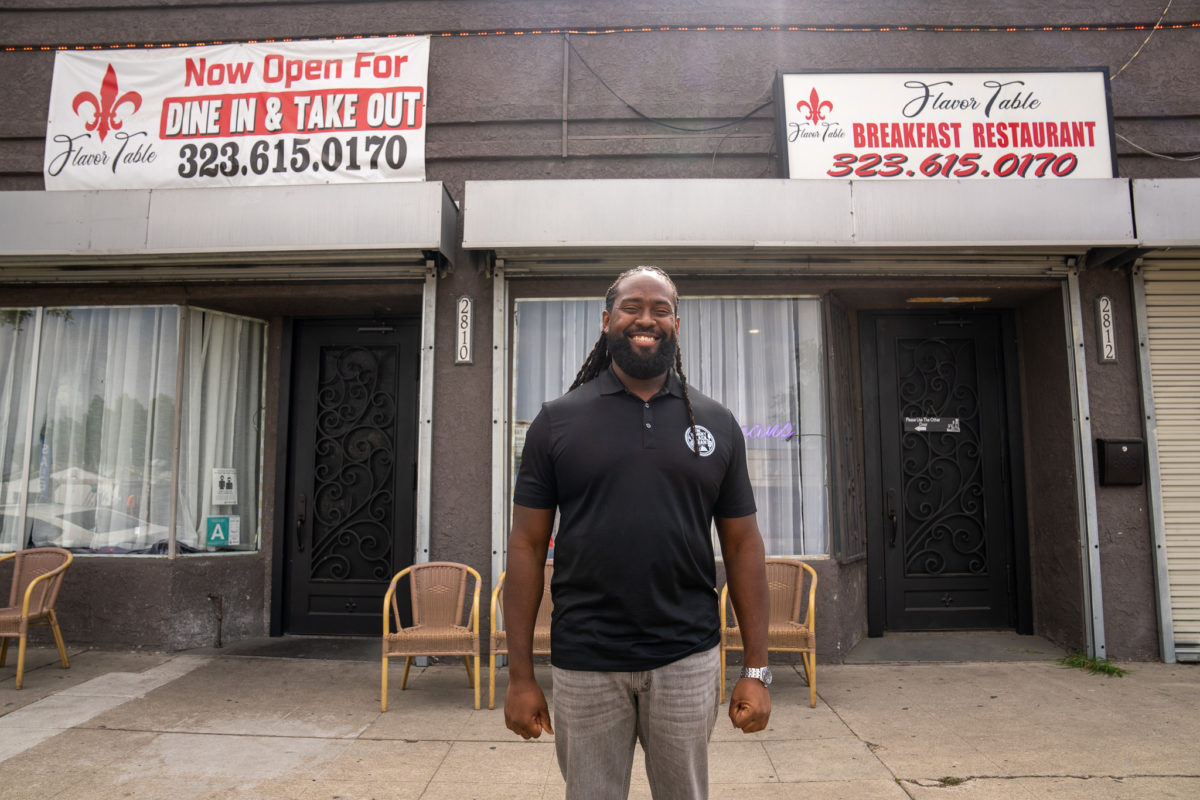 Visiting Los Angeles for the first time can be overwhelming. It’s a massive area to cover. While it feels like you’re driving throughout Los Angeles proper, you’re actually seamlessly hitting entirely different cities within Los Angeles County. These dynamics makes finding quality Black owned restaurants online even more difficult. There are lists of Black owned spots, but there aren’t any real guides that share the true experience.

We relied on google reviews and visited spots rated 4.2 or 4.3 only to make the trek to completely underwhelming food. This happened more times that we would have liked, but we kept eating and eating until we found gems.

We ordered the Peach Cobbler French Toast, which was basic and in need of more technique. The flavor completely lived on the surface of the bread and had an inconsistent texture where the bread actually started to unravel at the ends. It had potential to be better, but fell flat.

Our next plate was where the magic happened. We ordered the Salmon Croquettes Breakfast with grits and eggs and let me tell you something, Flavor Table did not come to play! That salmon croquette looked crispy and fried hard only to reveal a soft and seasoned interior. The super thin crisp exterior was the perfect protectant of the temperature and bursting flavor!

Bell peppers, onions, and seasonings were the stars of these croquettes, coupled deliciously with the buttery eggs and grits for a true gastronomic experience. I would take a piece of the croquette, dab of grits, and eggs on each fork full and would immediately be transported to Charleston, SC or New Orleans!

Where other salmon croquettes in the city fell flat, this was such an outstanding plate that we looked at other diners’ plates to see what else was being enjoyed. We eyed delicious looking fried catfish and shrimp that we needed to experience, but because they’d already closed, we missed out. I was devastated because we were flying out the next day and wouldn’t be able to try the other dishes.

When you visit Los Angeles and want an old-fashioned, soulful, grandma approved breakfast, this is your spot. I recommend sticking with the savory rather than sweet entrees, since they seem to be their area of genius.

They also have a signature punch that was decent, but I would stick with the lemonade and tea mix that we call a Flop in Miami. Don’t know what it’s called in L.A. though.