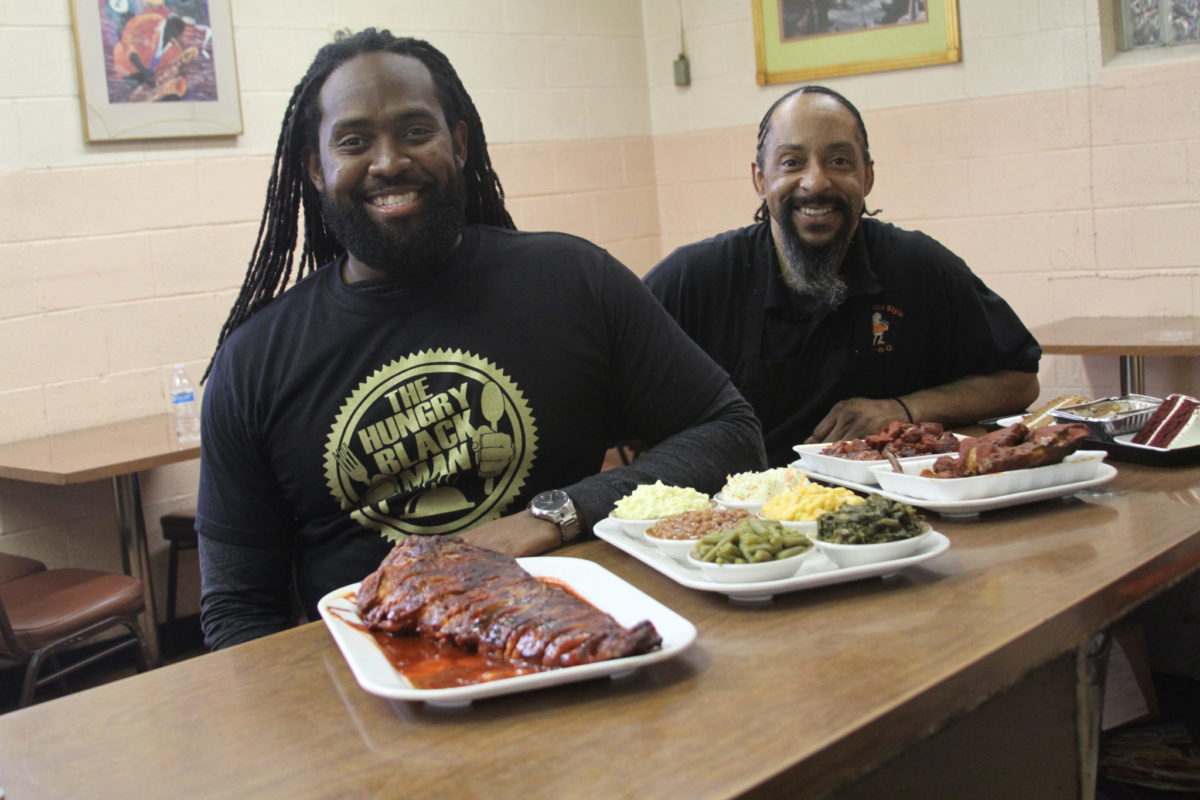 There is something spiritual, ancient and universal about BBQ because virtually every culture can relate to cooking on an open flame. The ancient pit masters and culinarians on every continent experienced the joys of smoke billowing throughout their villages, towns, and communities for those anticipating a chance to devour the finished product.

I felt the same way pulling up to Parks Old Style BBQ located at 7444 Beaubien St, Detroit, MI 48202. Opened in 1964, Parks BBQ has operated without interruption for over 40 years; and is now under the leadership of grandson, Roderick Parks.

The space may have you assume you’re in store for yet another pedestrian BBQ joint where the ribs are just edible along with rubbery chicken drowned in sauce to hide a flavorless bird, oh, but how wrong you would be. Parks Old Style BBQ is anything but pedestrian. It’s a standout eatery, boasting a sauce so unique, you could, like me, take sips of it from a tea cup.

Our culinary field trip started with an order of rib tips. These babies were tender and seasoned with an in-house seasoning providing a foundational base for what makes Parks so special, their sauce. This sauce is unlike any other sauce I’ve had throughout all of Detroit. Reminiscent of the tomato-vinegar sauces of the Carolinas and portions of Tennessee, it comes in three varieties of hot, mild, and sweet. The rib tips along with the additional slab I ordered were smothered in all three along with various of combinations of each. My favorite combination was mild and hot.

Both the chicken and ribs are delicious with that sauce combination. With hints of smoked Spanish paprika and the tanginess of the vinegar, the sauce is both pungent, hot, spicy and bold.

Accompanying the outstanding BBQ, you’ll find all the quintessential sides and fixings, including mac and cheese, baked beans, coleslaw, collard greens, and of course potato salad.  Be sure you have loose change for the vending machine because they don’t sell drinks.  The food is available to take-out or a casual dine in at their service counter adorned with cushioned dining stools. Parks Old Style BBQ receives the Hungry Black Man Approval and I look forward to visiting on my next foodie tour of my 2ndhome, Motor City. They can be reached at (313) 873-7444.

Sophistication and Seafood Meet at this Downtown Detroit Eatery