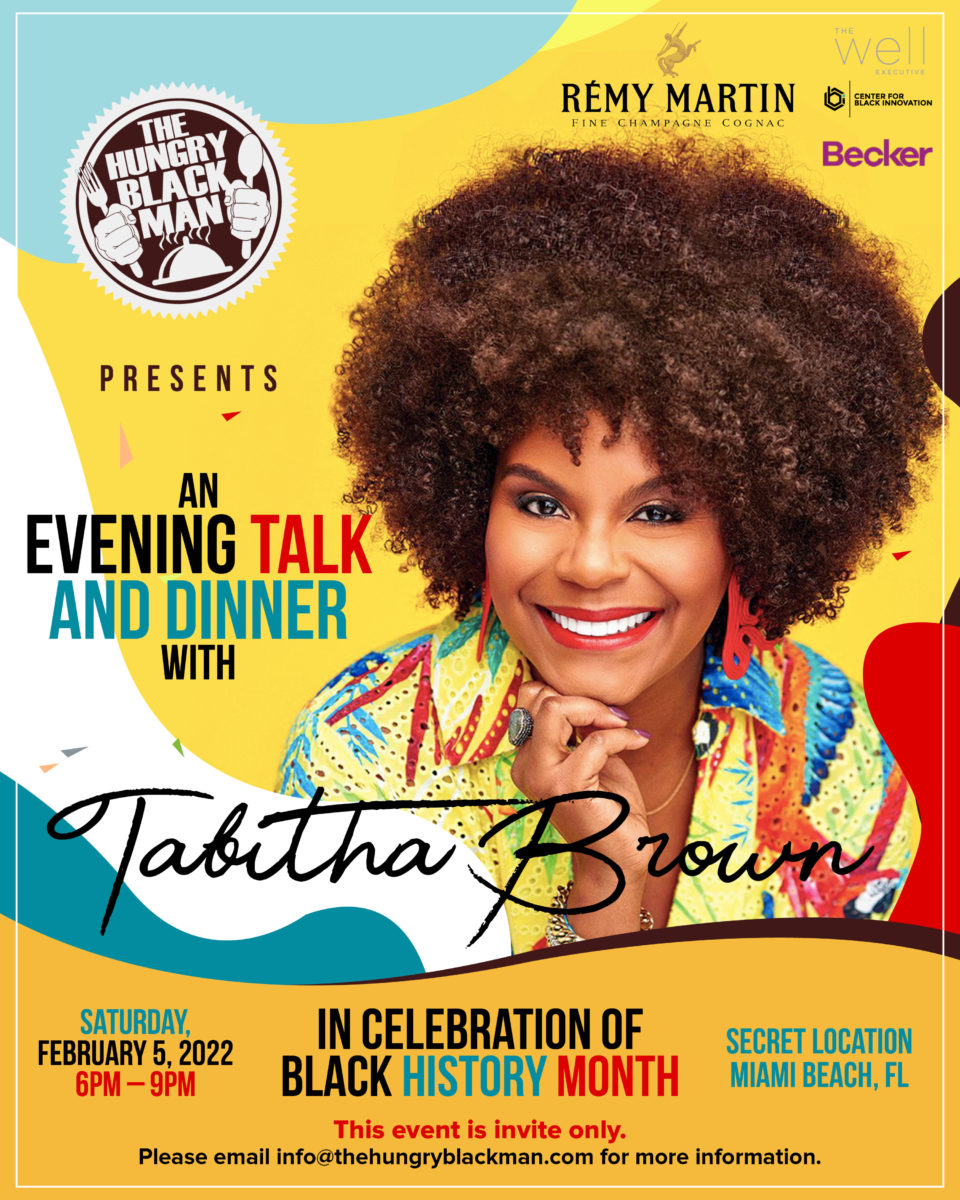 Veganism among Black people is rapidly expanding, and Black vegan chefs are doing an amazing job of creating plant-based cuisine that is not only healthy but tastes as good as the meaty soul food options on which many of the vegan creations are based.

Black excellence in the vegan food and drink industry will be featured prominently as we celebrate Black History Month at The Soul Vegan Festival. Now in its fifth year, this culturally rich, multifaceted celebration is the largest gathering of Black vegan chefs, cooks and culinary personalities and it’s all going down on the beautiful sands of Miami Beach. Vegan and vegan curious have made it a premier destination to satisfy their tastes for great vegan food and vibrant Black culture.

To set the tone, the nation’s most prominent vegan, Tabitha Brown, will join us for a pre-festival VIP dinner talk on Feb. 5th. Brown’s positivity and contagious optimism will be featured as she sits down with author Michelle Hollinger for a one-hour conversation sure to touch on entrepreneurship, faith, sisterhood, and how her vibrant vegan lifestyle has expanded her brand to unprecedented heights.

The festival continues the following weekend (Feb. 11-13) with two days full of satisfying, health-focused events featuring some of the most delicious and creative vegan cuisine from talented vegan chefs. The festival’s intimate gatherings include The Soul Vegan Cheat Day dinner, which is just what it sounds like – an extravagant and decadent fusion of plant-based deliciousness that will have you wondering how it’s vegan. This unforgettable dining experience is being created by celebrity vegan Chef Kris Kofi, owner of Dine369, a high-end service that delivers innovative, exotic plant-based healthy cuisine made with herbs, spices, and abundance of yin/yang wholesome ingredients.

The weekend culminates with the Luminary Awards Brunch featuring vegan chef extraordinaire, Jenn Ross, whose reputation for masterminding delicious Jamaican vegan dishes at her Orlando restaurant, DaJen has built a cult-like following. Chef Jenn’s culinary brilliance has quickly made her a star in the vegan industry because of her enthusiasm and ability to make folk forget they’re not eating meat.

We’re also proud to shine a very deserving spotlight on some of South Florida’s most notable vegan restaurants, like Grown owned by Shannon Allen and her husband NBA great Ray Allen, who also serve as sponsors of the festival in conjunction with the presenting sponsor Rémy Cointreau.

Grab your vegan and vegan curious friends and join us for a weekend to remember that includes live music, play areas for kids, interactive wellness activities and vegan vendors from around the country.

Go to www.soulveganfestival.com to get your tickets.

I ate at 88 Haitian restaurants - This spot is No. 1 in South Florida