We found it! Florida’s BEST FRIED CHICKEN is at this Jacksonville Eatery! 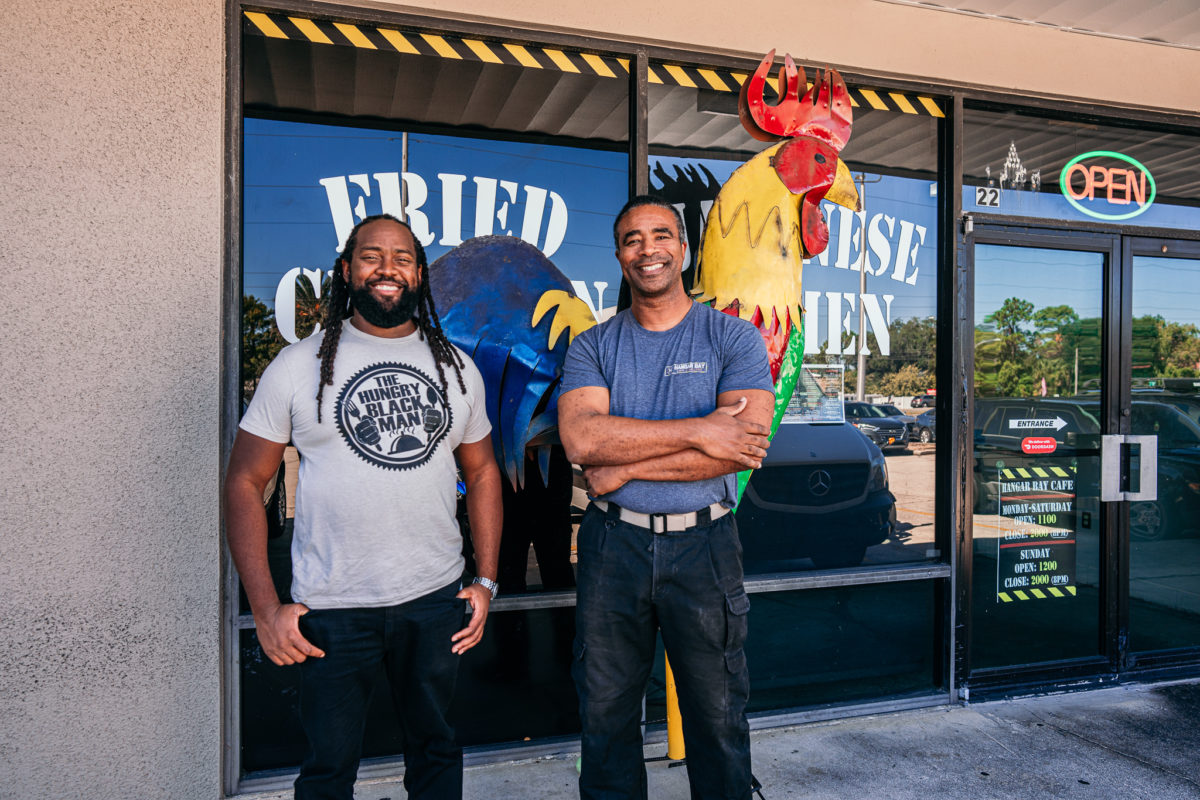 The Hungry Black Man Media celebrates its sixth anniversary on July 13, 2022. To date, we have eaten at over 1,200 Black owned restaurants nationwide, which has allowed me to sample some of the nation’s most noteworthy fried chicken. From Prince’s (father of Nashville Hot Chicken), Charlie’s Pan-fried Chicken in Harlem, New York, Busy Bee Café in Atlanta, Florence’s in Oklahoma City, and even Willie Mae’s Scotch House in New Orleans, I have truly experienced fried chicken royalty.

Each has its own characteristics, but the common thread includes bone in moistness, flavorful, tender, crisp, falling-off-the-bone, juicy chicken that embodies perfection. Every piece rendered the flawless combination of crunchiness, softness, and savor (and in some cases hints of sweet). Being mentioned among these greats means you’re doing something out-of-this world special.

With those experiences under our belt, we feel like celebrating, coronation and all, to bestow the title of BEST FRIED CHICKEN IN FLORIDA, to a little shop near Jacksonville Beach, FL called Hanger Bay.

Hangar Bay is located in an unassuming strip mall with a giant chicken statue out front. The restaurant has a unique culinary theme pairing together southern fried chicken and Japanese Ramen. I tried the Bayou Ramen Combo, which came with shrimp, sausage, noodles, carrots, scallion, corn, seasoned egg, fish cake and bok choy and was served with either a leg and thigh or wing and breast. The ramen was so tasty I found myself drinking out of the bowl, but it was that first bite of that chicken leg that nearly knocked me off my stool. 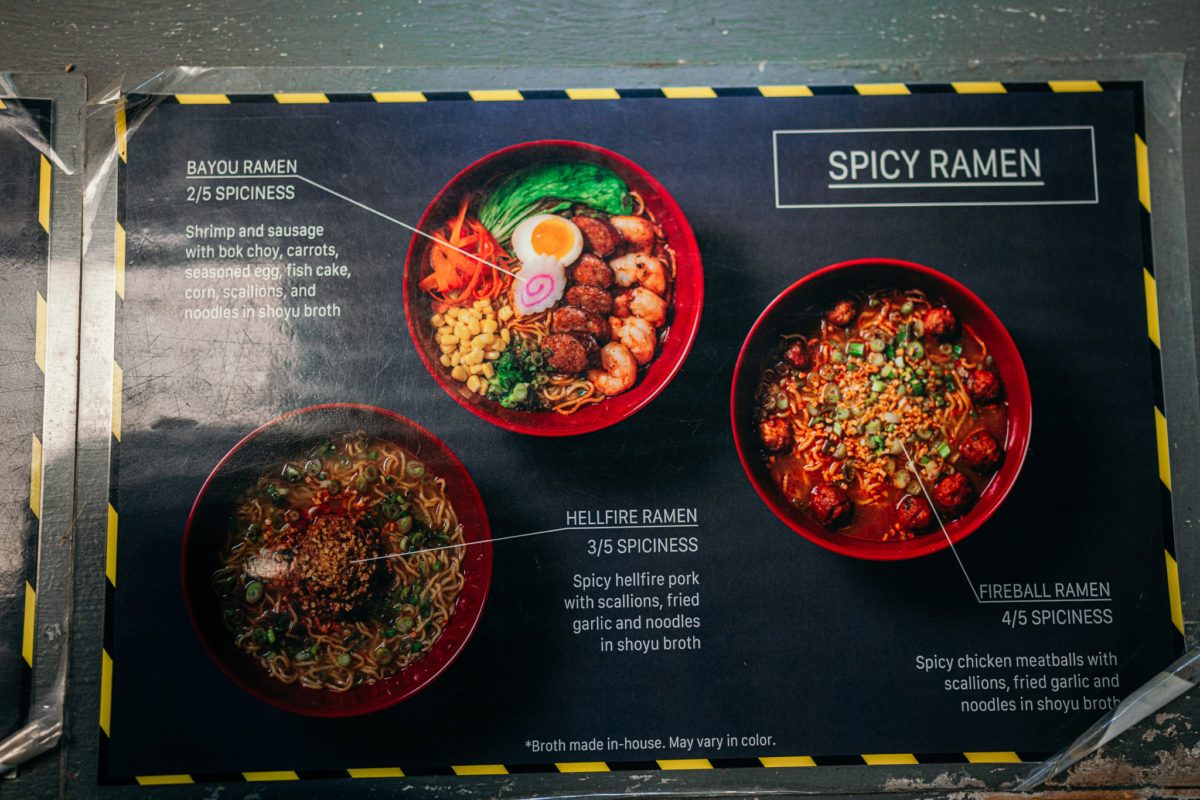 The chicken’s depth was a real stand out, with flavor woven down to the bone. The bite comes with a lite, flavor bursting crunch fused with fresh cracked black pepper and a slight fleeting citrus taste that returns with an anonymous poultry seasoning blend that will dumbfound as you collect yourself from the temporary loss of consciousness from the culinary euphoria.

The seasoning and brine are the stars. I have had fried chicken that was amazing with just salt and pepper, and those that are a bit more complex, but I could usually figure out the flavor profiles. This brother, I couldn’t figure it out. It was just so damn good that I stopped trying.

We were in Jacksonville to review various spots, but we couldn’t stop thinking about that Hangar Bay fried chicken. Thankfully, that first bite led me to order a giant family size bucket, which our team skipped breakfast and went straight for the room temperature chicken first thing in the morning. Do you know that chicken was almost better the next day?

We cut our trip short and drove back to Miami. On the way home, around the Orlando area, the irresistible smell of the chicken in the back seat had us on the side of the turnpike murdering those last few pieces. This chicken is so special it will have you seriously considering taking a day trip to Jacksonville to get your fix. Thank goodness it’s a five-hour drive away because if it was closer, I would have a serious problem maintaining my weight and composure because it could easily become a weekly must have.

What’s fascinating is owner and operator, Mr. Chris Shaw is not a chef by profession. He’s a decorated U.S. Navy pilot with nearly 30 years of service, including two tours in Afghanistan, who retired and wanted to start a business. He took his knowledge of Ramen from his extensive travels, a family recipe for the fried chicken, hired veterans as staff and created pure magic.

If you don’t go anywhere from our recommendation, make sure you go to Hangar Bay for the fried chicken. You will thank me later. They’re located at 2294 Mayport Rd. Ste 22 in Jacksonville, 32233. Call them at 904-247-3301 or visit the website at hangbaycafe.com.

I ate at 88 Haitian restaurants - This spot is No. 1 in South Florida

I Missed My Flight Back Home From Louisville, KY O

You DO NOT Wanna Leave Harlem , Or Even NY Period

NEW YORK WE HERE 🥳🥳 If You Catch Your Self